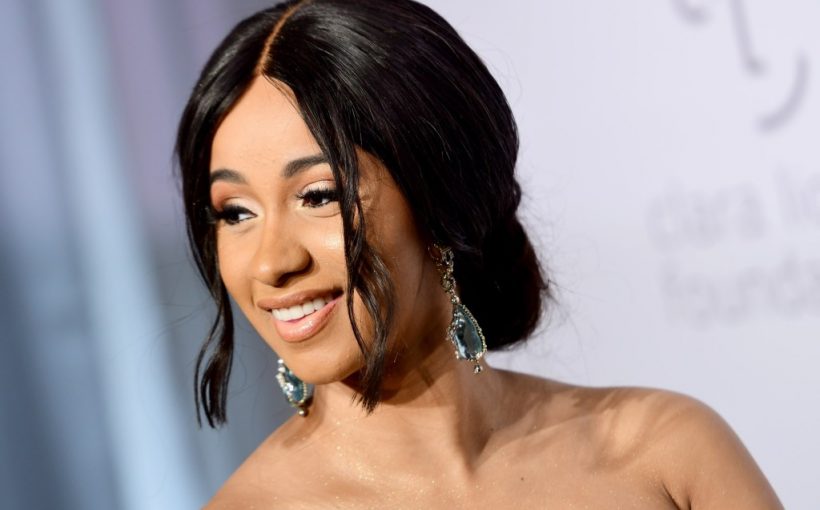 April is Sexual Assault Awareness Month, a time to spread awareness about what sexual assault looks like and share resources to help. The Rape, Abuse & Incest National Network (RAINN) has a comprehensive list of organizations and resources to help. Grammy Award-winning rapper Cardi B is using her social media platforms to help spread awareness about sexual assault awareness, and she offered advice on how to talk to your kids about this important topic.

“Before April is over, don’t forget it’s sexual assault awareness month, no means no!” Cardi B wrote on Twitter yesterday. “It’s doesn’t matter what you wear, it doesn’t matter who you are, male or female. For anyone going through this, the shame is not yours to carry… it’s the monsters who do this.”

The “No Love” singer is mom to daughter, Kulture, 3, and son, Wave, 7 months, with Offset. She then tweeted a special message for parents.

“Also parents we can’t forget our children,” she said yesterday. “There are sick people everywhere, daycare, schools, you name it. Make sure you teach them from a early age, no one is to touch your private parts & never be afraid to tell mommy & daddy when someone makes you uncomfortable.”

Parents responded with their own pieces of advice about talking to kids about sexual assault. One person wrote: “Also teach them secrets are not good, no matter how small.”

Someone else said, “Parents listen to your kids, believe your kids. Dont sweep abuse + assault under the rug. Dont force ur kids to be near people that make them uncomfortable. Could be the pastor, relative, stranger, coach or teacher. Notice changes in behavior. Ask questions.”

Another reiterated the importance of asking your kids. “Ask them constantly,” they wrote. “Babies and kids experience shame fear and humiliation the way we do. They talk to other kids but not always parents. Let them know which secrets they should never keep.”

When some fans attacked Cardi’s tweets, others defended her. “Bro… imagine hating Cardi so much that you have to find a reason to disagree with a positive message for victims of sexual assault?” one person wrote. “You would really think she f*cked these people’s man or something. The hate is unreal. 😂 The message is the message.”

If you have been a victim of sexual assault, call the National Sexual Assault Hotline at 800-656-HOPE.

Check out these celebrities who talk to their kids about racism!