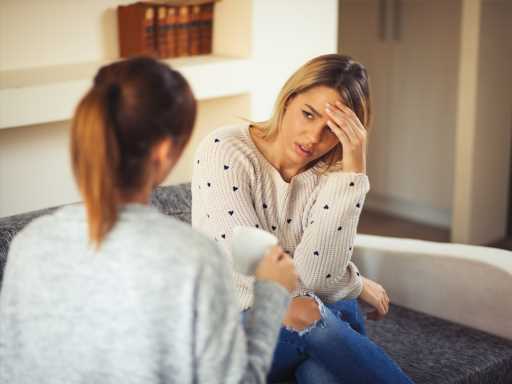 A mom took to Reddit to share a confrontation she had with her friend Shelley, who was grieving the loss of a pet. Shelley is a “total cat mom” and calls her pets her babies. She also has health issues which makes it difficult for her to have children. Recently, her cat Tiger died, which devastated Shelley. Two weeks prior to that, the Reddit user lost her pregnancy and is also in a state of grief.

“Our mutual friends have been very supportive to both of us (and were to our previous losses), but I really feel like Shelly is making a bigger deal than necessary about the loss of her cat and is kind of dragging things out,” the user wrote. “She’ll tear up or start crying out of nowhere and even though she doesn’t make a big deal of it and will even go out of the room for a few moments we all still know what’s going on.”

The other day, the Reddit user decided to ask Shelley, who was wiping away tears, if she was talking about this with her therapist because it seemed like she “should be moving on already.”

She explained that while she understood Tiger was special to her, he was “just a cat” and it wasn’t like she had lost a baby. “She started to cry more forcefully and one of our friends wrapped her arm around her and said that I was just working through my own grief too and we all miss Tiger and know how hard this has been.” The Reddit user said that she was in grief because of her miscarriage but wasn’t reacting the way Shelley was. Her friends are on Shelley’s side in this argument and now she’s wondering: “AITA?”

The online community chimed in to explain where they felt that this user went wrong. You can’t compare grief, many said. “As someone who has been trying to have a baby for 7 years now, and has had multiple miscarriages, I would be absolutely devastated if one of my cats died,” one person wrote. “You don’t get to decide how someone else grieves, why they are grieving or the intensity of that grief.”

There were a bevy of people who shared their own experiences with miscarriages and losing an animal, reiterating that you can’t set up comparisons.  “I’ve had five miscarriages and lost a young cat to a sudden and unknown heart problem. All are awful and grief riddled, and it isn’t a competition,” someone noted. “Compassion matters. If someone feels loss and grief, their feelings are valid, regardless of your experiences.”

Lots of people asked her to really consider Shelley’s feelings and emphasized how much pets can mean to people. A commenter aptly wrote: “Shelly had Tiger since they were a kitten and it was the first fur baby she had into adulthood. Tiger probably was there for her through some really rough moments and was her rock. I’ve miscarried and I get the grief but I also recognize that knowing a living being for sixteen years compared to knowing about one for three weeks isn’t going to be a fair fight for either party. The pain Olympics have no winners.”

The comments really spoke to this Reddit user.  She wrote a follow-up message and explained that she’s going to apologize to Shelley. “OK I’m the AH!” she said “…Thank you to those who have sent understanding and kind messages.”