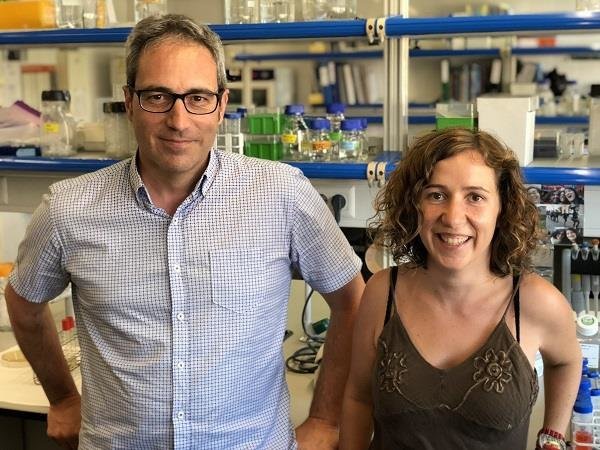 An international study published in the journal Molecular Psychiatry has identified 40 genes related to aggressive behaviour in humans and mice. Participants in the study, which could contribute to shape future pharmacological targets, are the researchers Bru Cormand and Noèlia Fernàndez Castillo.

The origins of the violent behaviour are multifactorial —biological, cultural, social, etc.— and can modify the expression of the human behaviour. The new study, led by Stephen V. Faraone from the State University of New York (United States), provides a deeper, integrative view on the genetic basis of aggressiveness and the common functional brain circuit alterations of violent behaviour in different species.

On mice and humans: genes, evolution and aggressiveness

Lecturer Bru Cormand, head of the Research Group on Neurogenetics at the Faculty of Biology of the UB, says, “Aggressive behaviour has some benefits for the survival of species (accessing resources, breeding, etc.). Our study focuses on the biological basis of aggressiveness, i.e., those endogenous factors that tend to show certain antisocial behaviours. However, aggressiveness has a significant environmental element, which was not considered in this scientific study. Therefore, it would be interesting to combine genetic and environmental data from the same individuals to consider the interactions that can occur between the same risk factors that influence this kind of behaviour.”

Humans and mice share a common genetic base regarding violent behaviour, the authors note. In particular, they identified 40 genes in humans and mice that can lead to a risk of aggressive behaviours “and that take part in biological processes that are related to the development and function of the central nervous system, communication within cells and cellular function maintenance,” says researcher Fernàndez Castillo (IBUB-CIBERER-IRSJD). “Some genes are likely to function as important nodes of the gene networks prone to a violent behaviour, and those would probably be related to other genes that play a minor role. If any of those central genes is altered, it could affect the other genes and lead to the aggressive phenotype. For instance, RBFOX1 gene, identified in the new study and cited in a previous article by our team, regulates the expression of 15 out of the 40 genes that we identified in the study. Another gene we marked, MAOA, which codes a metabolizing enzyme of the serotonin neurotransmission, is related to SSRI drugs used to treat several psychiatric pathologies.”

The experimental protocol of the new study combines several analyses evaluating the genetic basis of aggressiveness from different perspectives. Regarding humans, they analysed several association studies between patients and healthy volunteers at the genomic scale (GWAS) to identify risk genetic variants that are common among the general population, as well as transcriptome data showing alterations in the genic expression related to certain aggressive phenotypes. In murine models, researchers studied genes expressed differentially in aggressive animals and non-aggressive animals from the same strain, and other genes in mice that, once they are inactive, form an aggressive phenotype sometimes related to a broader symptomatology.