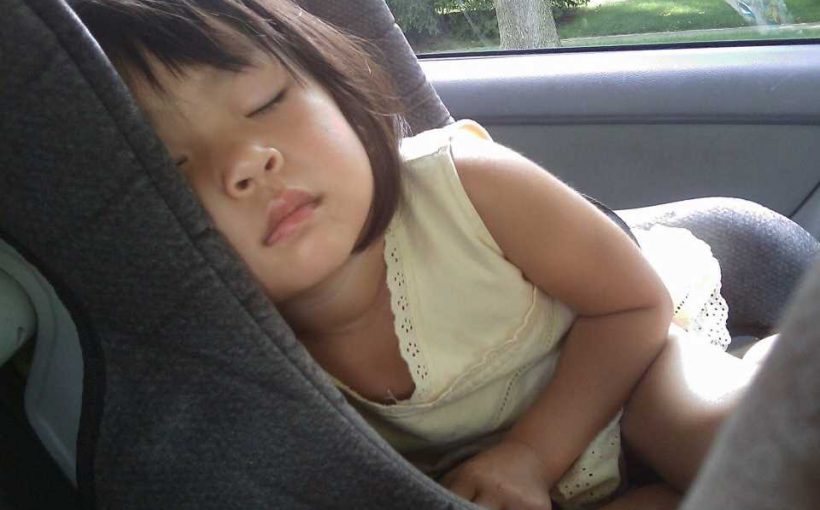 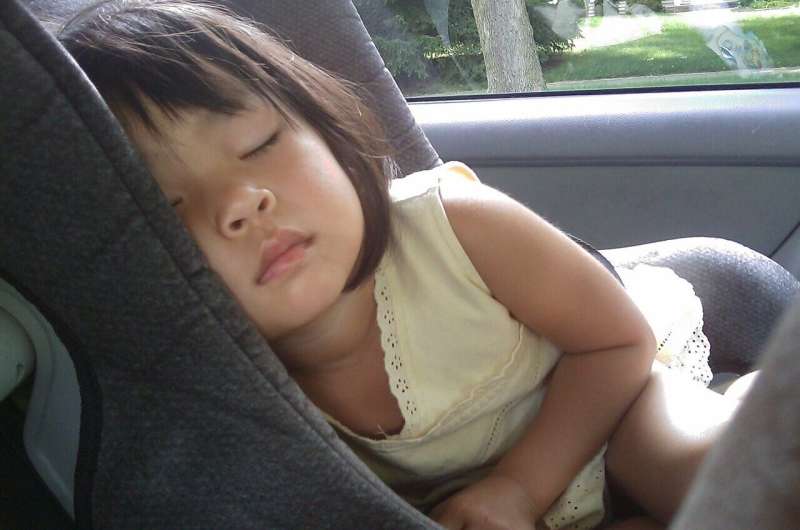 Why do some 4- and 5-year-olds still nap like clockwork every afternoon, while other preschoolers start giving up habitual napping at age 3?

It’s a question many parents no doubt ponder and one that a University of Massachusetts Amherst sleep scientist has been considering for years. Now, in a paper published Monday, Oct. 24, in a special sleep issue of Proceedings of the National Academy of Sciences, lead author Rebecca Spencer describes a new theory about why and when young children transition out of naps. It’s not about age as much as the brain.

“This overarching theory is based on data that we’ve published over the past couple of years; it’s about putting the pieces together,” says Spencer, professor of psychological and brain sciences, who collaborated with co-author Tracy Riggins, a University of Maryland child psychologist specializing in memory development. “Collectively, we provide support for a relation between nap transitions and underlying memory and brain development. We’re saying this is a critical time of development in the brain and sleep has something to do with it.”

The novel theory, which supports the practice of providing the opportunity for all preschoolers and pre-kindergarteners to nap, connects bioregulatory mechanisms underlying nap transitions, focusing on the hippocampus—the memory area of the brain. Spencer notes that it may seem counterintuitive for young kids to abandon habitual naps. “When little kids are napping, they consolidate emotional and declarative memories, so then you ask yourself, when this is such an important time of learning, why would they transition out of napping if napping is helping learning? Why not just keep napping?”

Previous research by Spencer and Riggins showed “there’s a difference in the development of the hippocampus for kids who nap and those who have transitioned out of naps,” Spencer says.

The hippocampus is the short-term location for memories before they move to long-term storage in the cortex. “The naps are serving the job of processing memories,” Spencer explains. When young children’s immature hippocampus reaches its limit of memories that can be stored without “interference,” or forgetting, kids experience heightened “sleep pressure.” Researchers look at EEG slow-wave activity, a neurobiological marker in the brain waves recorded during sleep, to measure the buildup of homeostatic sleep pressure.

Napping allows memories to move to the cortex, freeing space for more information to be stored in the hippocampus. Spencer likens the developing hippocampus to a bucket of varying size.

“When the hippocampus is inefficient, it’s like having a small bucket,” she says. “Your bucket is going to fill up faster and overflow, and some memories will spill out and be forgotten. That’s what we think happens with the kids that are still napping. Their hippocampus is less mature, and they need to empty that bucket more frequently.”

When the hippocampus is more developed, kids can transition away from taking naps because their hippocampus has matured to a point that their “bucket” will not overflow. They can hold memories until the end of the day, when overnight sleep can process information from the hippocampus to the cortex, the researchers posit.

Spencer says the growing evidence highlights the importance of providing all young children with the opportunity to nap. “Some of them still need it; others may not need it but if they take it, we know that it’s going to benefit their learning, and we know that learning is what underlies early education.”

What’s needed next to advance the theory is longitudinal research that follows children over time to assess sleep physiology, structural and functional development, and memory changes across nap transitions.

Additional scientific evidence “would help parents and providers appreciate that nap transitions cannot be determined by age, and the opportunity to nap should be protected for those that need it.”

In the long term, Spencer says, researchers may be able to develop a cognitive measure of memory, perhaps giving kids a simple task to determine if they’ve crossed the threshold of needing regular naps.

For now, however, the evidence supports the important role napping plays in young children’s growth. Forced transitions out of napping “could lead to suboptimal learning and memory,” Spencer says.