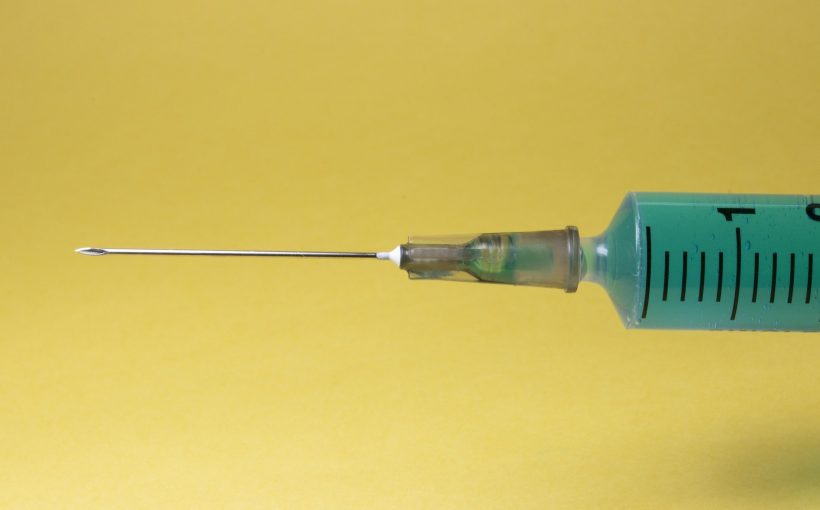 The US could soon be the next country to launch an immunization campaign against the novel coronavirus after experts voted to recommend emergency approval for Pfizer-BioNTech’s vaccine.

The key milestone comes as the world’s hardest-hit country logged nearly 6,000 virus deaths in 48 hours with its overall toll approaching 300,000.

Inoculation plans are picking up pace around the world, where the virus has killed at least 1.58 million lives since emerging in China last December, according to an AFP tally from official sources.

Infections are spreading fastest in North America and parts of Africa, whereas Europe’s second wave has started to stabilise and cases are down in Asia and the Middle East.

Britain this week became the first Western country to roll out the Pfizer-BioNTech jab, which Canada, Bahrain and Saudi Arabia have also approved.

And while Russia and China have already begun inoculation efforts with domestically produced vaccines, EU countries are eagerly awaiting clearance.

The EU’s watchdog said it would deliver decisions on the Pfizer and Moderna vaccines in late December and early January respectively, despite the disturbance of a two-week-long cyber attack, which is under investigation.

A new combined approach is also being tested by AstraZeneca, whose Russian branch said it would mix its shot with the Russia-made Sputnik V vaccine in clinical trials.

“Combinations of different COVID-19 vaccines may be an important step in generating wider protection through a stronger immune response and better accessibility,” the pharma giant said in its statement.

Yet some vaccine development efforts have suffered setbacks.

France’s Sanofi and Britain’s GSK announced that their candidate would not be ready until the end of 2021, after new results showed a low immune response in older adults.

The development of a vaccine by The University of Queensland in Australia was also abandoned Friday after clinical trials produced a false positive HIV result among subjects involved in early-stage testing.

The government will now axe plans to purchase millions of doses of the candidate vaccine and instead increase orders of alternatives from AstraZeneca and Novax, Prime Minister Scott Morrison said.

Once it secures official approval from the US Food and Drug Administration (FDA), the US hopes to start vaccinating 20 million people this month.

Long-term care facility residents and health workers at the front of the line will be the first to get shots.

Momentum behind the Pfizer jab has been building with New England Journal of Medicine recently publishing results of a clinical trial involving nearly 44,000 people, which confirmed it was 95 percent effective with no serious safety issues.

Yet some lingering questions remain, such as whether more side effects will emerge with longer follow-up, how long the vaccine remains effective, whether it will limit transmission and how it will work in children, pregnant women, and immunocompromised patients.

The FDA said it would issue an allergy warning following Britain’s lead after two health care workers there suffered reactions and needed treatment.

In Canada, the first vaccine shipments to 14 sites are scheduled to arrive Monday with people receiving shots a day or two later.

“I’m really excited. I want to get vaccinated as soon as possible, because I have a new baby,” Michelle, a Toronto resident, told AFP.

Health care workers and vulnerable populations including the elderly are to be the first to receive it.

Israel, who accepted its first shipment of the Pfizer vaccine on Wednesday, is targeting a rollout on December 27.

And Hong Kong said Friday it struck deals for COVID-19 vaccines—one from Pfizer and the other from Beijing-based Sinovac—with plans to launch a campaign in early 2021.

Hamilton back on track

With Europe’s overall infection surge dipping slightly, France is planning to lift a six-week-long lockdown from Tuesday but impose a curfew from 8 pm, including on New Year’s Eve.

Greece announced new plans Friday to slash quarantine time for incoming travellers and reopen churches for Christmas, while some small businesses such as hair salons and bookstores can reopen from Monday.