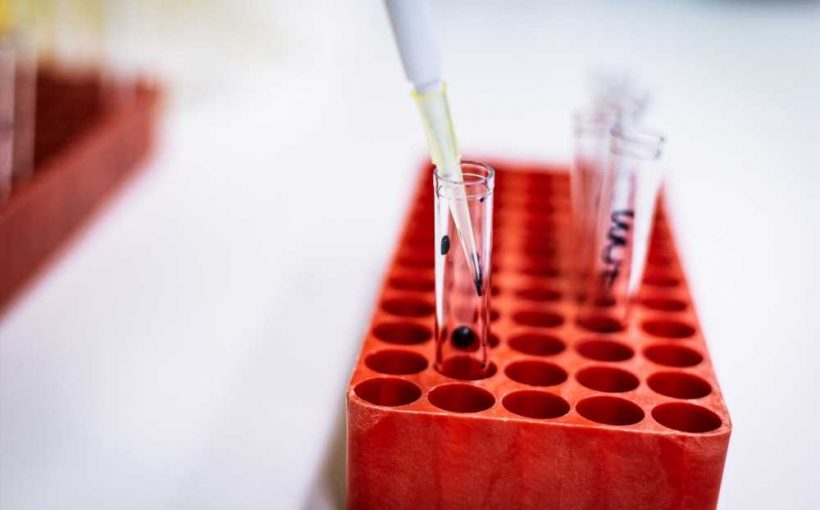 Flow cytometry is a high throughput method of cell analysis that utilizes carefully designed flow systems to pass cells or other particles in a single file by a laser detector, allowing the size and state of the cell to be inferred by transition time and optical density.

Other techniques, such as fluorescence microscopy, are often incorporated into flow cytometry apparatus, allowing numerous cellular features to be tagged with multiple fluorescent probes of distinctive wavelength simultaneously, then quantified by the emission intensity at the appropriate wavelength. For example, the relative proportion of two cellular proteins might be compared, or the successful action of a drug confirmed by the presence of fluorescence.

What are flow cytometry and cell proliferation assays used for?

Cell proliferation assays are usually performed in cell culture plates where a known number of cells are incubated with a known concentration of drug or other active compounds and compared with cells that have been cultured under identical conditions but have not been exposed to the drug to act as a control. This allows the influence of the drug on cell growth and proliferation to be determined by counting the number of cells in each well after a set period, usually equivalent to the time it is expected for the control cells to reach confluency in their well, given the number of cells utilized. Once cells grow to fill the available space, they become confluent, and their growth rate notably drops off, and thus cell number reaches a limit, and proliferation declines.

Rather than attempting to directly count the cells in the control or sample wells, dyes that are activated by metabolic cellular processes are utilized in the most common types of cell proliferation assay. For example, during the 3-(4,5-dimethylthiazol-2-yl)-2,5-diphenyltetrazolium bromide) tetrazolium reduction (MTT) cell proliferation assay water insoluble tetrazolium crystals are produced by the interaction of the dye with cellular metabolic processes, and so following incubation with the dye, the crystals are dissolved in DMSO to produce a colored solution, where the optical density is proportional to the concentration of MTT crystals, and thus the degree of metabolic activity taking place, and the number of viable cells in the well.

A large proportion of cell viability assays are inherently destructive to the cells, and flow cytometry represents a potentially non-destructive method of cell analysis and sorting. Following incubation with the drug or toxin under investigation, the cells can be collected and stained to indicate viability and then fed into flow cytometry apparatus, inferring cytotoxicity from the cell count. As discussed, multiple fluorescent tags can be simultaneously loaded to the cell and signify the relative quantities of their target structure, and the cells are sorted based on the relative intensity of fluorescence detected for further examination.

Following cell proliferation assays, fluorescence spectroscopy is often utilized to reveal details regarding the state of the cell and the mechanism of action of the therapeutic under investigation, where they can be examined in situ and with high resolution. Owing to the high throughput nature of fluorescence flow cytometry, it is best utilized to reveal overall trends in the cell population, such as cell cycle stage and mitochondrial population, where more detailed dedicated fluorescence microscopy of fixed or in situ living cells can be performed either directly following cell proliferation assay or after sorting by flow cytometry. Cells may also be observed in great detail by scanning electron microscopy during and after cell proliferation assays, allowing cellular morphology and other characteristics to be examined.

Read Next: Using Flow Cytometry to Understand Physiology of Disease

How do flow cytometers organize cells for proliferation assays?

Compilation of the top interviews, articles, and news in the last year.

Flow cytometry can fulfill the analysis role during cell proliferation assays, where viable cells are counted and sorted for further analysis, if required, to allow the influence of an applied drug or therapeutic to be determined. The cell sorting power of flow cytometry is also often utilized to separate and collect cells bearing the desired features for culturing, which can then be used in cell proliferation assays. Rare cells such as stem cells can be isolated from a patient sample in this way, or alternatively, cells may be firstly cultured and then later separated by flow cytometry once identifying cellular features are noted.

For example, a metabolic product of a drug under investigation may be identified and characterized using classical chemical analysis techniques such as NMR spectroscopy, allowing an antibody-fluorophore tag with an affinity towards the molecule to be selected. Tagged cells engaging in the drug's metabolism can then be identified in a high throughput manner using flow cytometry, and the activity of the drug quantified.

Modern industrial cell proliferation assays performed by pharmaceutical companies are increasingly automated and performed in micro-liter quantities of liquid in a high-throughput manner, and samples are generally stained with a cocktail of fluorescent probes before being automatically transferred to flow cytometry apparatus by a robotic arm for counting and quantitative analysis. Cells are sorted in a flow cytometer using charged deflection plates that are situated after the narrow channel containing the detector, which can pull or push charged droplets towards them and into a side channel.

Droplets are formed, each containing a single cell or particle under analysis with the aid of acoustic waves, and if the cell is selected for the collection, then a charge is imparted to the droplet so that it interacts with the deflection plate. Either a positive or negative potential may be imparted to the droplet, allowing two separate collection streams to be utilized. In practice, this allows the flow cytometry apparatus to identify and sort cells meeting a particular size or fluorescence intensity threshold for further use, both in preparation for and analysis of cell proliferation assays.

Michael graduated from Manchester Metropolitan University with a B.Sc. in Chemistry in 2014, where he majored in organic, inorganic, physical and analytical chemistry. He is currently completing a Ph.D. on the design and production of gold nanoparticles able to act as multimodal anticancer agents, being both drug delivery platforms and radiation dose enhancers.