Home » Health News » Understanding the minutiae of seeing in 3D 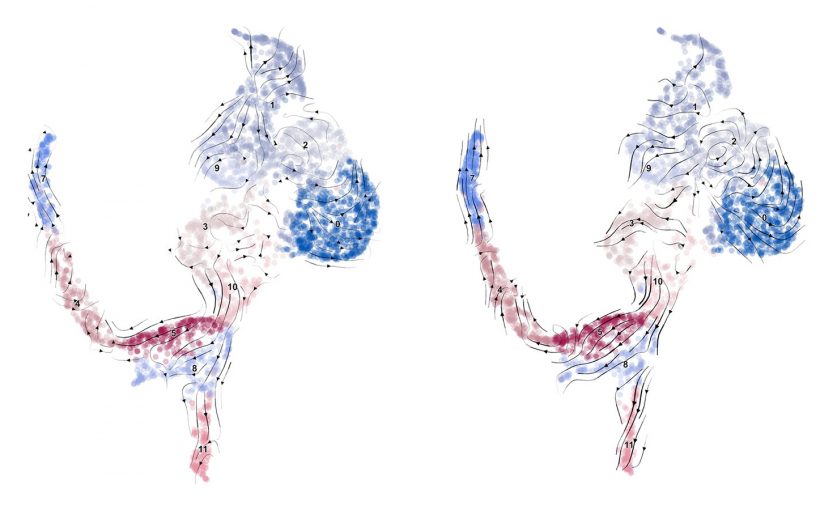 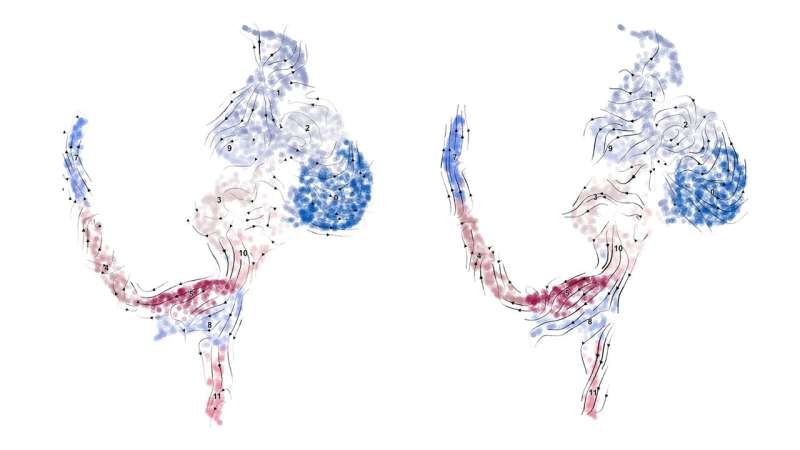 So much has to go right as our visual systems develop. One of them is that many thousands of retinal ganglion cells (RGCs) have to relay signals through the eye’s optic nerve via delicate projections, or axons, to precise locations on both sides of the brain that make visual sense of it all, especially to perceive depth.

New data published in Neuron by Carol Mason, Ph.D., of Columbia’s Zuckerman Mind Brain Behavior Insititute, and her colleagues, illustrates how it doesn’t always work out so well. Postdoctoral Researcher Nefeli Slavi, Ph.D., and Associate Research Scientist Revathi Balasubramanian, Ph.D., led a team to examine what goes wrong in the eyes of mice with albinism. This genetic disorder disrupts production of melanin, in skin and hair, and in the eyes.

The Mason lab has long investigated the cellular and molecular details by which the axons of RGCs in a developing visual system find their ways to correct destinations in the brain. In the course of this work, the researchers found receptors on cells to molecular signals in a kind of neural crossover hub, the optic chiasm.

This is where growing axons from the RGCs diverge: some axons progress along the same side of the retina of origin to a visual center deeper in the brain, some axons cross over to the other side of the brain as they make those deeper connections.

In their current study, the scientists asked when and where the RGCs gain their “identity” to cross over or not. They found that this directional identity depends on when the cells first form within a niche at the rim of the retina. For each cell, the time of its birthing determines if genes for a left-coursing or right-coursing trajectory of its axon become active.

The albino mouse is a good model for studying this developmental process because the right-left distribution of RGC axons to the brain is imbalanced. This results in a disruption of binocular vision and to impaired depth perception.

The Mason lab compared the cell-birthing process in both pigmented (typical) and albino mouse retinas. By grouping cells based on gene activity (corresponding to the different colors in the images), the scientists could see that the progression of cell formation and differentiation in the developing retina is disturbed in albino mice compared to mice with pigmented retinas (compare direction of arrows in the images’ corresponding cell clusters).

This and other analyses showed that the birthing of the RGC neurons was off-kilter in time, with many cells developing too late for genes associated with same-side axonal growth to become activated. This developmental glitch, the researchers found, changed to which side of the brain axons from each eye tend to connect. This altered circuitry, in turn, leads to impairments of depth perception in the albino mice.

This raised a tantalizing question for the researchers: could this defect be reversed? Along those lines, the researchers identified a gene that controls cell birthing and found it to be disrupted in albino mice. They also discovered that using a drug to rev up this gene in albino mice pups helped axons to connect to the right place. Best of all, behavioral studies showed that this cellular restoration improved the animals’ depth perception.

This work builds on Dr. Mason’s 25-year quest to identify how this visual circuitry is set up and to uncover potential therapeutic leads for salvaging our visual powers when disease and injury take them away.