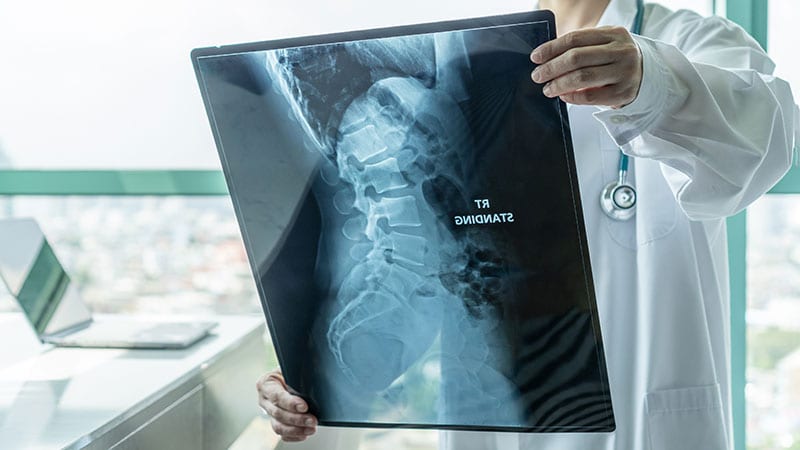 A new stem cell treatment appears to be effective at reversing paralysis and other problems caused by spina bifida in newborns, according to a clinical trial underway at UC Davis Health.

So far, three babies have received the unique treatment, which is delivered while a fetus is still in the womb.

“The most exciting thing was a baby came out, kicking her legs and wiggling her toes, which really exceeded expectations,” Diana Farmer, MD, the lead researcher and chair of surgery at UC Davis Health, told The Sacramento Bee .

“It was very clear the minute she was born that she was kicking her legs, and I remember very clearly saying, ‘Oh my God, I think she’s wiggling her toes,'” she said.

The clinical trial, launched in early 2021, is known formally as the “CuRe Trial: Cellular Therapy for In Utero Repair of Myelomeningocele.” Myelomeningocele is a severe form of spina bifida where the spinal canal doesn’t fully close before birth, leading to spinal cord damage, according to the CDC. As a result, children born with the condition are often paralyzed and can’t control their bowel movements. The condition affects 1,500 to 2,000 U.S. children each year and is diagnosed through an ultrasound.

The current recommended treatment, called fetal repair, requires surgery to close the opening during pregnancy. The UC Davis team developed a stem cell treatment, which is taken from the placenta and applied during the fetal repair surgery to aid in healing.

The early-stage clinical trial is intended to study the safety of the stem cell treatment in 35 patients, as compared with newborns who get fetal repair without the use of stem cells. The research team will monitor the babies until they are 6 years old, with a key checkup at 30 months to see if they are walking and potty training.

“This clinical trial could enhance the quality of life for so many patients to come,” Emily, the first clinical trial participant, said in the statement from UC Davis.

Emily traveled from Austin, TX, to take part in the trial. Her daughter Robbie was able to wiggle her toes when she was born last September.

“We didn’t know about spina bifida until the diagnosis,” she said. “We are so thankful that we got to be a part of this. We are giving our daughter the very best chance at a bright future.”

For 25 years, Farmer has been working on ways to treat spina bifida and was one of the pioneers in using fetal surgery to reduce the neurological defects of the condition, The Sacramento Bee reported. In the early 2000s, she did a clinical trial that showed fetal surgery could reduce negative outcomes, though some children still needed help walking.

Since then, she has continued to explore ways to help children with spina bifida, recruiting bioengineer Aijun Wang, PhD, and fetal surgeon Shinjiro Hirose, MD, to UC Davis to launch a surgical bioengineering lab for stem cell research and a fetal treatment center. The research team has worked on the new approach using stem cells during fetal surgery for more than 10 years, searching for the right stem cells to use and finding the best ways to use them in sheep and dogs.

A pair of English bulldogs – named Darla and Spanky – were the world’s first dogs to receive the treatment. Spina bifida is a common birth defect in the breed and often leaves dogs without functioning hindquarters. But by the post-surgery check at 4 months old, Darla and Spanky were able to walk, run, and play.

Then the research team moved into safety studies in humans. The current clinical trial is funded by a $9 million grant from the California Institute for Regenerative Medicine, which is the stem cell agency that voters supported in 2004 through Proposition 71.

The researchers have expressed caution about drawing full conclusions so far, but the treatment appears promising. They plan to release information about how the babies are doing at developmental milestones throughout the study process.

“This experience has been larger than life and has exceeded every expectation,” Emily said. “I hope this trial will enhance the quality of life for so many patients to come. We are honored to be part of history in the making.”

StudyPages: “The CuRe Trial: Cellular Therapy for In Utero Repair of Myelomeningocele.”

CDC: “What is Spina Bifida?”