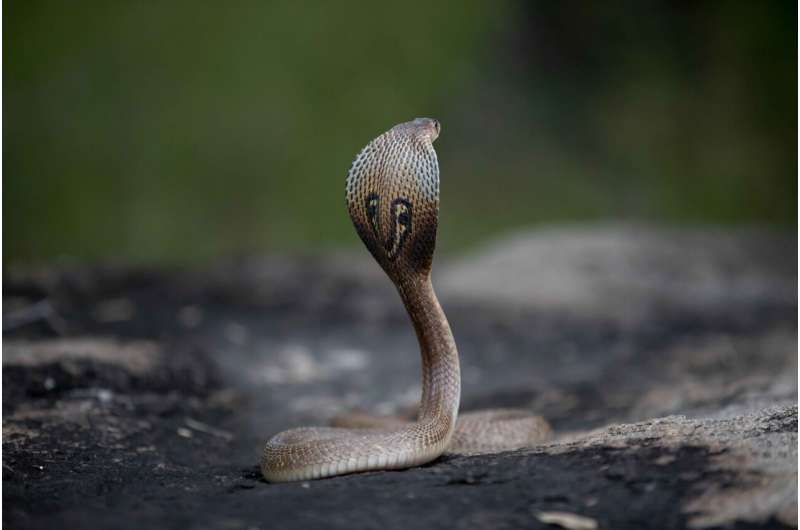 A global study, now published in Nature Communications, has found more than 63,000 people die from snakebites every year, as existing antivenoms fail to make it to where they are needed most.

He said two people died in Australia that year from snakebites in contrast to more than 51,000 deaths in India.

“We found the majority of deaths from snakebite envenoming occurred in South Asia, (the area from Afghanistan to Sri Lanka, including Pakistan, India and Bangladesh) with sub-Saharan Africa having the second-most deaths,” said Professor Franklin.

In Africa, Nigeria had the greatest number of deaths with 1,460 recorded.

Professor Franklin said after a venomous snakebite occurs, the probability of death increases if antivenom is not administered within six hours.

“However, in South Asia and sub-Saharan Africa, many seek out traditional healers or attend clinics with insufficient education about how to treat snakebite envenoming or lacking the antivenom to administer life-saving treatment.

“Victims who do reach a hospital often have insufficient access to dialysis, ventilators, and blood transfusions, which are essential to deal with the complications of envenoming,” said Professor Franklin.

He said in India 90% of snakebites come from four species—the krait, Russell’s viper, the sawscaled viper and the Indian cobra.

“Anti-venom exists for all these species, but preventing snakebite death depends on not just the existence of antivenom, but also its dissemination to rural areas and the health system’s capacity to provide care for victims with secondary complications such as neuro-toxic respiratory failure or acute kidney injury requiring dialysis,” said Professor Franklin.

He said the rate of death from snakebites globally is falling, but is still expected to top 68,000 in 2050, due to population increases.