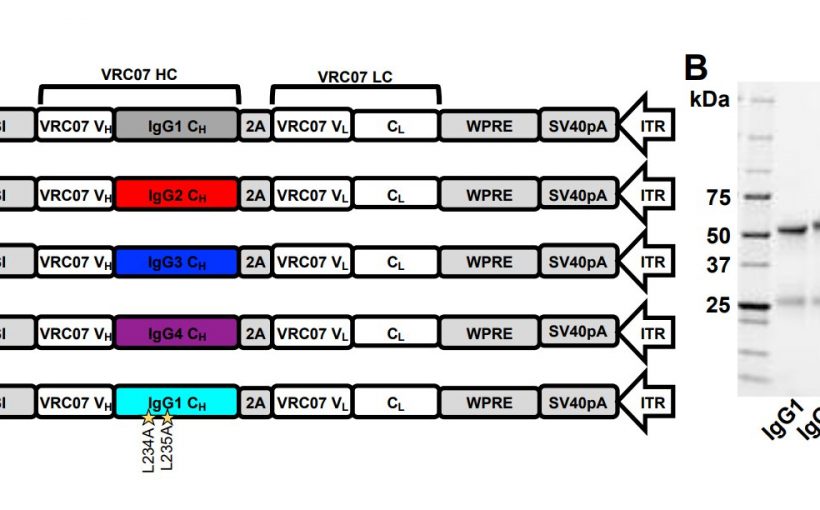 More than 40 years into the HIV pandemic, scientists are shedding new light on how defenses are mounted against the virus, discoveries that may eventually lead to a neutralizing antibody that stops the virus before it becomes an immune-crippling menace.

In a series of new experiments, researchers at the Ragon Institute of Massachusetts General Hospital, MIT and Harvard University in Boston, have deciphered how a subclass of broadly protective anti-HIV antibodies guards against infection. The discovery may one day inform efforts to treat or prevent HIV transmission with antibody-based therapies.

Writing in Science Translational Medicine, scientists at the institute, collaborating with teams at Dartmouth College in New Hampshire, report that a subclass of IgG antibodies work aggressively to target conserved regions of the HIV envelope protein. This allows the antibodies to block viral entry and drive immune responses against infected cells.

“HIV broadly neutralizing antibodies are capable of both blocking viral entry and driving innate immune responses against HIV-infected cells,” writes Dr. Jacqueline M. Brady and colleagues, who underscore that the subclass of antibodies trigger the explosive activities of the innate immune system.

Innate immunity is the defense system that is present at birth as opposed to acquired immunity—B and T cells—which evolves over time. The innate system is comprised of a flurry of activities that provide protection in a variety of ways. It increases inflammatory responses and launches the complement cascade, defenses aimed at ridding the body of pathogenic invaders.

Anti-HIV antibodies belong to the IgG antibody family and are divided into four subclasses that engage different immune functions. However, the exact role of each antibody subclass in anti-HIV immunity has remained unclear. But Brady and colleagues investigated the role of VRC07, an IgG subclass member and broadly neutralizing antibody. It is also an experimental HIV prophylactic.

“Despite evidence that innate immunity contributes to protection, the relative contribution of individual IgG subclasses is unknown,” Brady and the team added, noting to find out what that contribution is, they turned to an animal model. “We used vectored immunoprophylaxis in humanized mice to interrogate the efficacy of individual IgG subclasses during prevention of vaginal HIV transmission.”

The team studied how changing the subclass of VRC07 boosted or decreased the capacity to prevent vaginal HIV transmission in humanized mice. The series of experiments additionally revealed that the IgG2 subclass of antibodies was far less effective at preventing transmission than the other subclasses.

Nevertheless, VRC07 with the IgG1 subclass could prevent transmission even at low concentrations, indicating that this antibody class might be important for providing broad protection, if engineered into a therapeutic. Results of the research suggest that, for some broadly neutralizing antibodies, IgG subclass considerably influences protection.

The new research arrives as dozens of novel approaches to attack HIV have emerged in recent years. Possible monoclonal antibody therapy is an active area of research amid a growing number of diverse approaches.

Buoyed by the success that has emerged in the fight against other infectious diseases, scientists have been on the hunt to isolate and interrogate anti-HIV antibodies. Success already has been confirmed in the use of antibodies against Ebolavirus, and more recently, in the treatment of SARS-CoV-2, although to a lesser extent with newly emerged Omicron variants.

In recent days, the World Health Organization has made its first guideline recommendation for Ebolavirus therapeutics, with the agency authorizing two monoclonal antibodies: Ridgeback Biotherapeutics’ mAb114, or ansuvimab, sold as Ebanga; and Regeneron’s REGN-EB3, sold as Inmazeb.

But in the world of viruses, Ebola, SARS-CoV-2 and HIV are wildly different, and it’s not yet known if antibody therapy will become part of the HIV armamentarium. The extraordinary success of antiretroviral therapy has changed the course of the disease from inevitably fatal to one in which the infection can be managed like a chronic disease. Yet, the therapy is not a cure.

Emerging developments that range from mRNA vaccines to a variety of potential therapeutics are being studied in labs and in clinical trials. The hope now is to further research that eventually will extend treatment choices. A potent antibody could result in an extremely important addition to HIV therapeutics, global health experts say.