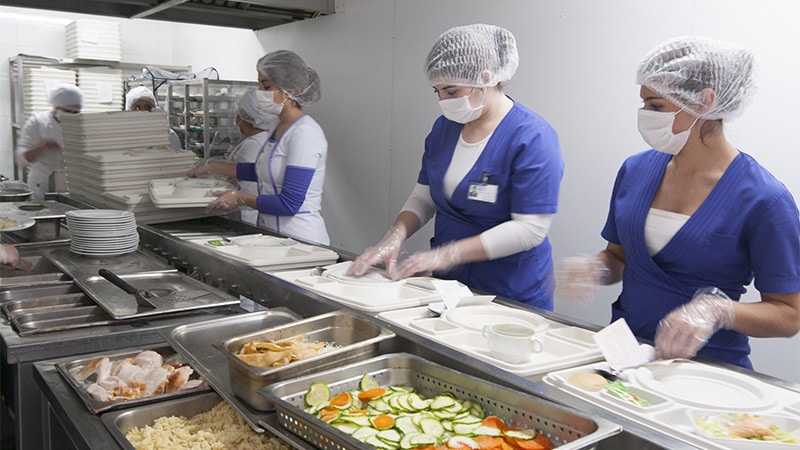 Restriction of dietary salt to alleviate or prevent volume overload in patients with acute decompensated heart failure (ADHF) is common hospital practice, but without a solid evidence base. A trial testing whether taking salt pills might have benefits for patients with ADHF undergoing intensive diuresis, therefore, may seem a bit counterintuitive.

In just such a randomized, placebo-controlled trial, the approach made no difference to weight loss on diuresis, a proxy for volume reduction, or to serum creatinine levels in ADHF patients receiving high-dose intravenous (IV) diuretic therapy.

The patients consumed the extra salt during their IV therapy in the form of tablets providing 6 g sodium chloride daily on top of their hospital-provided, low-sodium meals.

During that time, serum sodium levels remained stable for the 34 patients assigned to the salt tablets but dropped significantly in the 31 given placebo pills.

They lost about the same weight, averages of 4 kg and 4.6 kg (8.8 – 10 lb), respectively, and their urine output was also similar. Patients who took the salt tablets showed less of an increase in blood urea nitrogen (BUN) at both 96 hours and at discharge.

The trial, called OSPREY-AHF (Oral Sodium to Preserve Renal Efficiency in Acute Heart Failure), also may encourage a shift in ADHF management from a preoccupation with salt restriction to focus more on fighting fluid retention.

OSPREY-HF took on “an established practice that doesn’t have much high-quality evidentiary support,” one guided primarily by consensus and observational data, Montgomery told theheart.org | Medscape Cardiology.

There are also potential downsides to dietary sodium restriction, including some that may complicate or block ADHF therapies.

“Low-sodium diets can be associated with decreased caloric intake and nutritional quality,” Montgomery observed. And observational studies suggest that “patients who are on a low sodium diet can develop increased neurohormonal activation. The kidney is not sensing salt, and so starts ramping up the hormones,” which promotes diuretic resistance.

But emerging evidence also suggests “that giving sodium chloride in the form of hypertonic saline can help patients who are diuretic resistant.” The intervention, which appears to attenuate the neurohormonal activation associated with high-dose IV diuretics, Montgomery noted, helped inspire the design of OSPREY-AHF.

Edema consists of “a gallon of water and a pinch of salt, so we really should stop being so salt-centric and think much more about water as the problem in decompensated heart failure,” said John G.F. Cleland, MD, PhD, during the question-and-answer period after Montgomery’s presentation. Cleland, of the University of Glasgow Institute of Health and Wellbeing, Glasgow, Scotland, is not connected to OSPREY-AHF.

“I think that maybe we over-interpret how important salt is” as a focus of volume management in ADHF, offered David Lanfear, MD, Henry Ford Health System, Detroit, Michigan, who is also not part of the study.

OSPREY-AHF was well conducted but applies to a “very specific” clinical setting, Lanfear told theheart.org | Medscape Cardiology. “These people are getting aggressive diuresis, a big dose and continuous infusion. It’s not everybody that has heart failure.”

Although the study was small, “I think it will fuel interest in this area and, probably, further investigation,” he said. The trial on its own won’t change practice, “but it will raise some eyebrows.”

The trial included patients with ADHF who have been “admitted to a cardiovascular medicine floor, not the intensive care unit” and were receiving at least 10 mg per hour of furosemide. It excluded any who were “hypernatremic or severely hyponatremic,” said Montgomery when presenting the study. They were required to have an initial estimated glomerular filtration rate (eGFR) of at least 15 mL/min/1.73 m2.

At 96 hours, the two groups showed no difference in change in creatinine levels or change in weight, both primary endpoints. Nor did they differ in urine output or change in eGFR. But serum sodium levels fell further, and BUN levels went up more in those given placebo.

The two groups showed no differences in hospital length of stay, use of renal replacement therapy at 90 days, ICU time during the index hospitalization, 30-day readmission, or 90-day mortality — although the trial wasn’t powered for clinical outcomes, Montgomery reported.

“We have patients who complain about their sodium-restricted diet, we have patients that have cachexia, who have a lot of complaints about provider-ordered meals and recommendations,” Montgomery explained in an interview.

Clinicians provide education and invest a lot of effort into getting patients with heart failure to start and maintain a low-sodium diet, he said. “But a low-sodium diet, in prior studies — and our study adds to this — is not a lever that actually seems to positively or adversely affect patients.”

Montgomery pointed to the recently published SODIUM-HF trial comparing low-sodium and unrestricted-sodium diets in outpatients with heart failure. It saw no clinical benefit from the low-sodium intervention, he observed.

Until studies show, potentially, that sodium restriction in hospitalized patients with heart failure makes a clinical difference, Montgomery said, “I’d say we should invest our time in things that we know are the most helpful, like getting them on guideline-directed medical therapy, when instead we spend an enormous amount of time counseling on and enforcing dietary restriction.”

Support for this study was provided by Cleveland Clinic Heart Vascular and Thoracic Institute’s Wilson Grant and Kaufman Center for Heart Failure Treatment and Recovery Grant. Lanfear disclosed research support from SomaLogic and Lilly; consulting for Abbott Laboratories, AstraZeneca, Janssen, Martin Pharmaceuticals, and Amgen; and serving on advisory panels for Illumina and Cytokinetics. Montgomery and Cleland have disclosed no relevant financial relationships.