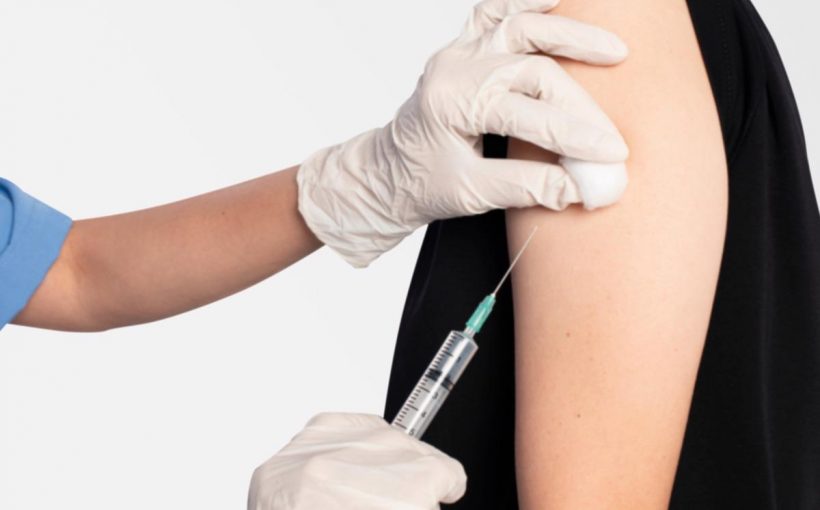 A recent study posted to the Research Square* server characterized the genetic and immunological aspects of the infectious bronchitis virus (IBV) vaccines commercially used in Korea.

IBV is an avian coronavirus which is a major contagious pathogen found in the poultry industry. Various studies have reported sufficient efficiency of the IBV vaccines against infection. However, the emergence of new variants of the virus has been found to reduce vaccine efficacy.

The team collected three live-attenuated IBV vaccines including the K40/09 (A), the Kr/D85/06 (B), and recombination of the KM91 and QX IBV (C) strains which were commercially created by different manufacturers. The lyophilized vaccines were reassembled in phosphate-buffered saline (PBS) to perform sequential analysis. Moreover, vaccine B was propagated in specific pathogen-free (SPF) embryonated chicken eggs and a single passage of the same was performed.

Isolation of viral ribonucleic acid (RNA) was performed, followed by reverse transcription of the same into complementary DNA (cDNA). A conventional polymerase chain reaction (PCR) reaction was then performed on the resulting cDNA. The team also amplified the S1 gene of the vaccine via PCR. The amplified sequences were examined by gel electrophoresis while the PCR products of the vaccines were purified and ligated into a vector.

The study results showed that the S1 sequence in vaccine A was genetically similar to its parental strain, K40/09 and K40/09 CE50 while vaccine C was more similar to the K40/09 strain than to the KM91 and QX-like strains. Also, vaccine B was found to be more related to its parental D85/06 strain.

Moreover, the K046-12 was found to be genetically remote from the commercial vaccines tested in this study. Overall, it was observed that the S1 gene in the IBV vaccines had genetic features similar to the parental viral strains but different from the emerging variants.

The team found 520 amino acid residues in the S1 glycoprotein that induced a neutralizing antibody response against viral infection. Also, viral clearance was prohibited in the host due to the continuous mutations in the hypervariable regions (HVRs). Moreover, vaccine A showed more polymorphism within HVRs than within K40/09 and K40/09 CE50. Various alterations in the amino acid positions like aspartic acid (Asp), asparagine (Asn), serine (Ser), isoleucine (Ile), phenylalanine (Phe), and valine (Val) were observed between vaccine A and the K40/09 strain. On the other hand, among the 412 amino acid residues found in the HVRIII-adjacent area, only the vaccine strains had a glutamic acid (Glu).

Alterations in amino acid positions were also found in vaccine B as compared to the D85/06 strain, especially in the HVRI. Notably, an attenuated vaccine called AVR1/08 was genetically similar to the D85/06 than to vaccine B. Differences in amino acid positions were observed between vaccine B as it carried cysteine (Cys) or leucines (Leu) while the D85/06 and AVR1/08 strains had amino acids that encoded for isoleucine (Ile), valine (Val), and phenylalanine (Phe). Altogether, several polymorphisms among the HVR and the S1 glycoprotein were found in the vaccine strains.

In a comparison of the S1 gene found in the three vaccines, the study found dissimilarities in the three amino acid positions before HVRI and II. Also, vaccines A and C were genetically similar to one another with respect to the sequence of the S1 protein while vaccines A and B had similar amino acid sequences around HVRI and II. Furthermore, a second peak encoding Ser was found in vaccine C while all the three viral strains mainly encoded Cys. This indicated that two viral subpopulations existed in a vaccine strain.

Moreover, the team observed that the amino acid sequences present in the HVRI from the respiratory variant, K046-12, and the nephrotropic variant, K047-12, aligned with the sequences of the three commercial vaccines. Also, vaccines A and C were more similar to the K047-12 as compared to vaccine B. The team also noted that nine of the vaccines were genetically close to the K046-12.

To summarize, the study findings identified the different genetic features as well as the stability of the IBV vaccines along with the immune response elicited by them in the host cell. The researchers believe that this study will help future research in evaluating and developing commercial IBV vaccines.

Research Square publishes preliminary scientific reports that are not peer-reviewed and, therefore, should not be regarded as conclusive, guide clinical practice/health-related behavior, or treated as established information.

Bhavana Kunkalikar is a medical writer based in Goa, India. Her academic background is in Pharmaceutical sciences and she holds a Bachelor's degree in Pharmacy. Her educational background allowed her to foster an interest in anatomical and physiological sciences. Her college project work based on ‘The manifestations and causes of sickle cell anemia’ formed the stepping stone to a life-long fascination with human pathophysiology.