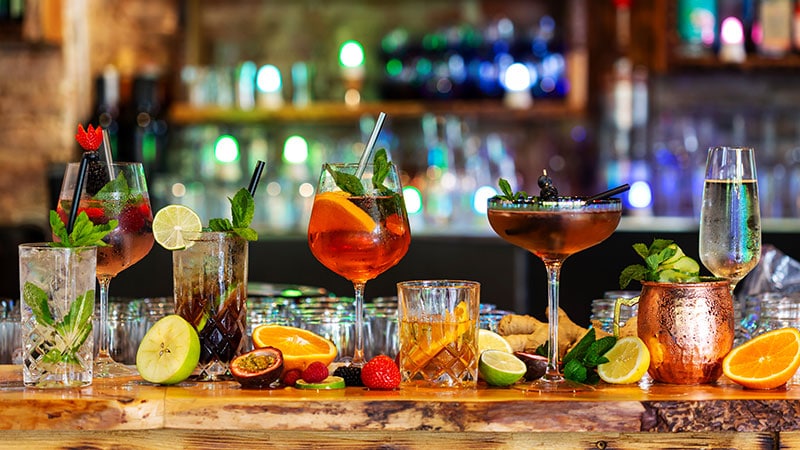 The findings, which come from a large population-based study conducted in Korea, underscore the importance of encouraging individuals to quit drinking or to reduce alcohol consumption to help reduce cancer risk, say the authors.

The study was published online August 24 in JAMA Network Open.

It provides evidence “suggesting that cancer risk can be meaningfully altered by changing the amount of alcoholic beverages consumed,” say the authors of an accompanying editorial, Neal D. Freedman, PhD, and Christian C. Abnet, PhD, of the Division of Cancer Epidemiology and Genetics at the National Cancer Institute, Rockville, Maryland.

“Alcohol consumption is an important cancer risk factor,” they write, adding that a “well examined dose-response association has been reported, with highest risks observed among people who drink 3 alcoholic beverages per day and higher.”

The new study shows that a “reduction in use was associated with lower risk, particularly among participants who started drinking at a heavy level,” they note.

Previous studies have estimated that alcohol use accounts for nearly 4% of newly diagnosed cancers worldwide and nearly 5% of US cancer cases overall.

This latest study involved an analysis of data on 4.5 million individuals who were adult beneficiaries of the Korean National Health Insurance Service. The median age of the participants was 53.6 years, and they underwent a national health screening in 2009 and 2011.

During median follow-up of 6.4 years, the cancer incidence rate was 7.7 per 1000 person-years.

Information on alcohol consumption was collected from self-administered questionnaires completed during the health screenings. Participants were categorized on the basis of alcohol consumption: none (0 g/d), mild ( <15 g/d), moderate (15–29.9 g/d), and heavy (30 or more g/d).

Compared with those who sustained their alcohol consumption level during the study period, those who increased their level were at higher risk of alcohol-related cancers and all cancers, the investigators found.

The increase in alcohol-related cancer incidence was dose dependent: Those who changed from nondrinking to mild, moderate, or heavy drinking were at increasingly higher risk for alcohol-related cancer, compared with those who remained nondrinkers (adjusted hazard ratios [aHRs], 1.03, 1.10, and 1.34, respectively).

“Alcohol cessation and reduction should be reinforced for the prevention of cancer,” conclude the authors.

The editorialists note that the study is limited by several factors, such as a short interval between assessments and relatively short follow-up. There is also no information on participants’ alcohol consumption earlier in life or about other healthy lifestyle changes during the study period. In addition, there is no mention of a genetic variant affecting aldehyde dehydrogenase that leads to alcohol-induced flushing, which is common among East Asians.

Despite of these limitations, the study provides “important new findings about the potential role of changes in alcohol consumption in cancer risk,” Freedman and Abnet comment. Future studies should examine the association between alcohol intake and cancer risk in other populations and use longer intervals between assessments, they suggest.

“Such studies are needed to move the field forward and inform public health guidance on cancer prevention,” the editorialists conclude.

The authors of the study and the editorialists have disclosed no relevant financial relationships.

Sharon Worcester, MA, is an award-winning medical journalist based in Birmingham, Alabama, writing for Medscape, MDedge and other affiliate sites. She currently covers oncology, but she has also written on a variety of other medical specialties and healthcare topics. She can be reached at [email protected] or on Twitter: @SW_MedReporter.