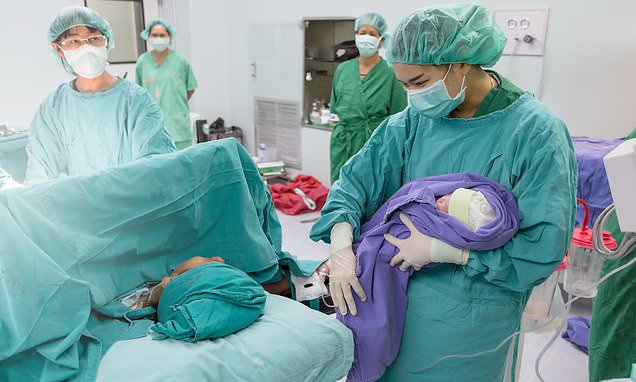 Caesarean births have risen by one third in 15 years, a major study found.

Rising levels of obesity, women having babies later in life and fear of labour are contributing to the increase which means more than a quarter of babies are now born this way.

The proportion of women who give birth by caesarean has risen from 19.7 per cent to 26.2 per cent between 2000 and 2015, the study published in The Lancet shows.

It puts the UK ahead of Sweden, France, Belgium and Denmark for the procedure, and 57th in the world overall. 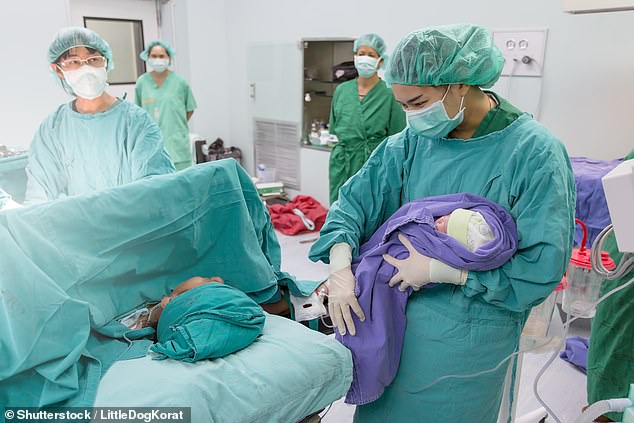 Caesarean births have risen by one third in 15 years, a new study has found. It is thought that rising levels of obesity, women having children later and a fear of labour are behind the increase (stock picture)

The figures used in the study only go up to 2015, with more recent data showing nearly 160,000 caesareans were carried out in the UK last year.

Dr Marleen Temmerman, of the World Health Organization which led the study, warned the procedure should not be ‘overused’.

She said: ‘C-sections can create complications and side-effects for mothers and babies, and we call on healthcare professionals, hospitals, funders and women to only intervene when it is medically required.’

While emergency caesareans can be life-saving for both mother and baby in certain cases, it is otherwise a divisive issue with many midwives believing natural births are safer and more beneficial for mother and child.

Estimates suggest 10 and 15 per cent of births require a caesarean on medical grounds, meaning that growing numbers of women are choosing to give birth this way without any medical need.

Globally, the number of babies born through caesarean section has almost doubled over the same period from 12 to 21 per cent of all births. 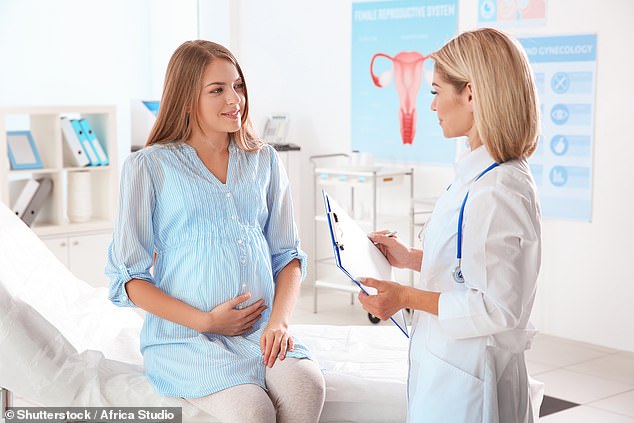 Nearly 160,000 caesareans were carried out in the UK last year but experts have warned the procedure should not be ‘overused’ (stock picture)

Researchers found that based on these figures, 60 per cent of countries are overusing the procedure while 25 per cent do not use it enough, suggesting widespread disparities in adherence to clinical recommendations.

They said that, while the life-saving surgery is still unavailable for many women and children in low-income countries and regions, the procedure tends to be overused in many middle and high-income settings.

Experts said the trend for elective caesareans – which is predominantly being seen in richer settings – was ‘concerning’, given the potential risks to mothers and babies.

Under NHS guidelines, expectant mothers are entitled to request the procedure if they are anxious about having a natural labour. 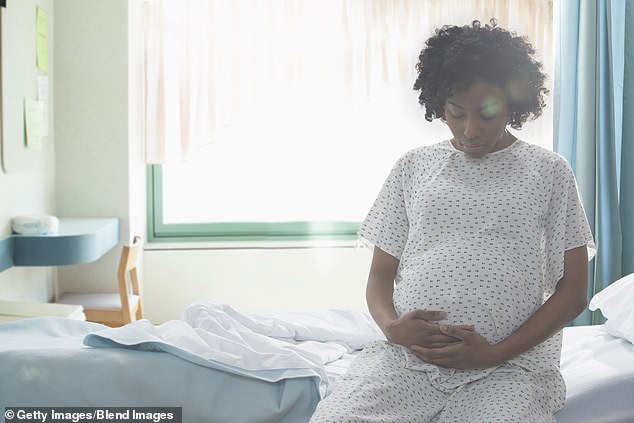 But the issue is still a decisive one leading the health watchdog Nice to issue guidelines in 2011, which state hospitals should allow caesareans to patients who are strongly against natural labours.

The figures used in the latest study only go up to 2015, with more recent data showing nearly 160,000 caesareans were carried out in the UK last year.

Caesareans have been linked to health problems in mothers including infection, bleeding, problems with conception, stillbirth and hysterectomy.

Studies have found babies born through caesarean are at greater risk of health problems such as asthma and obesity in later life.