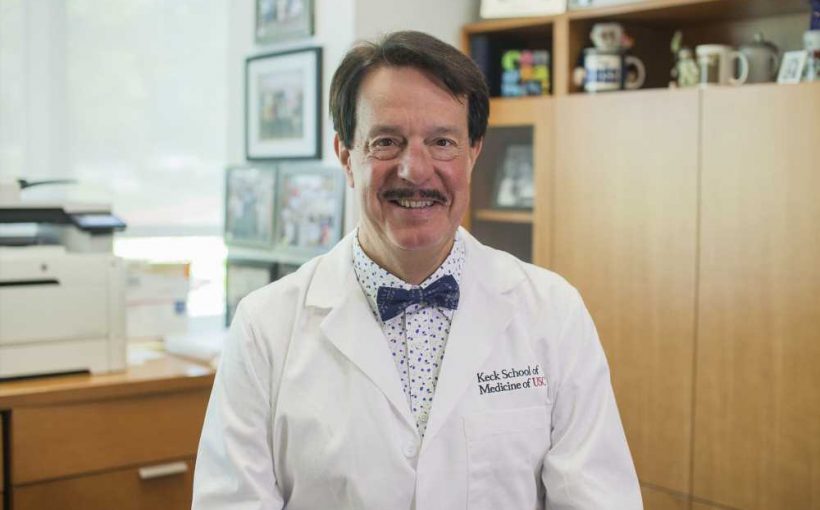 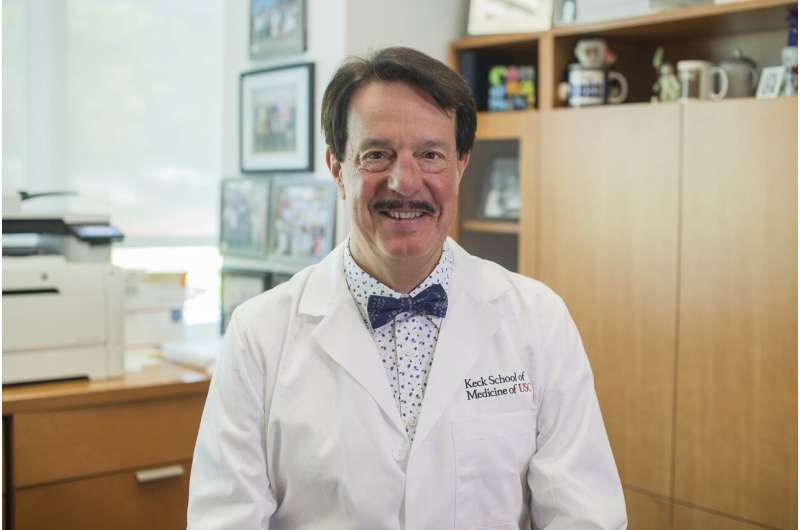 Recent breakthroughs have revealed a great deal about Alzheimer’s disease, but researchers have yet to paint a complete picture of how genetic risk for the illness causes the brain damage that ultimately leads to memory loss and cognitive decline. A new study from the Keck School of Medicine of USC, just published in the Journal of Experimental Medicine, adds a crucial piece to that puzzle. It documents, in real time, that APOE4, the main susceptibility gene for Alzheimer’s disease, leads to molecular changes in the brain’s blood vessels, which are then followed by changes in the synapses that connect brain cells. The study also suggests potential targets in blood vessels for treatment early in the disease process—before cognitive decline occurs.

It is well established that APOE4, a variant of the apolipoprotein E gene, carries a strong risk for Alzheimer’s disease. Research has already shown that APOE4 causes problems with the blood-brain barrier, a protective layer that prevents toxic substances from entering the brain. Damage to the blood-brain barrier in turn predicts cognitive decline, according to studies in both humans and animal models. But until now, the details of that process were fuzzy.

“There was no large-scale comprehensive molecular analysis to understand how the APOE4 gene affects blood vessels in relation to brain functions,” said the study’s lead author, Berislav Zlokovic, MD, Ph.D., University Professor and chair of the Department of Physiology and Neuroscience and director of the Zilkha Neurogenetic Institute at the Keck School of Medicine of USC.

Studying mouse brains at the molecular level, Zlokovic and his colleagues show that APOE4 first causes problems in blood-brain barrier cells, which then trigger problems in synapses (the structures that allow brain cells to communicate), ultimately leading to behavioral deficits and cognitive dysfunction. The granular level of detail in the analysis also points to several new molecular pathways that Alzheimer’s treatments could seek to modify.

“Understanding the order of events—what’s happening first, what’s happening next—is very valuable, because it had not yet been shown how changes in the blood-brain barrier relate to synaptic dysfunction at this molecular level,” Zlokovic said.

To study the effect of the APOE4 gene on the brain, the researchers studied “knock-in” mice, where the mouse APOE gene was replaced with human APOE gene variants. They compared mice with the high-risk APOE4 variant to those with the APOE3 variant, which is known to confer a lower risk for Alzheimer’s.

Painting a comprehensive picture of what’s happening inside cells requires combining a range of cutting-edge analytic techniques. To determine the impact the APOE4 gene has on the blood-brain barrier and neurons, Zlokovic and his team used transcriptomic studies, which focus on the activity of RNA molecules, and proteomic studies, done in tandem with Marcelo Pablo Coba, Ph.D., associate professor of psychiatry and the behavioral sciences at the Keck School of Medicine, to study the activity and composition of proteins. They also collected behavioral data to measure changes in memory and other cognitive functions.

In mice with the APOE4 gene, the team first detected damage to endothelial cells, which make up the blood-brain barrier and regulate which substances can enter and leave the brain, and pericytes, which line the blood-brain barrier’s walls and help keep it healthy. Problems in endothelial cells included a breakdown of the cytoskeleton, which helps cells maintain their shape and structure, as well as irregularities in molecules that hold cells together and transport substances in and out of the brain. Analysis of pericytes revealed cell death and damage to cell DNA.

“We saw this progressive decline in the cells of the blood-brain barrier, at a time when synaptic function was still OK,” Zlokovic said. “But that only lasted for a relatively short period of time.”

Within two to five months, the researchers saw disruptions in synaptic signaling between brain cells. Then, behavioral changes began. Mice began performing worse on four tasks, including an object location recognition task, which indicated that memory loss had occurred.

Because the study revealed multiple mechanisms of brain damage caused by the APOE4 gene, it also points to several potential pathways that future treatments can target.

One method is to attempt to protect and bolster the networks of proteins that operate within the blood-brain barrier, which may keep it healthier for longer. Zlokovic and his colleagues are studying one substance that may accomplish that, a genetically engineered variant of activated protein C which is in Phase 3 clinical trials for the treatment of stroke. It has been shown to protect the blood-brain barrier in mice and humans. Another potential treatment could involve targeting dysfunctional TJP1, a gene that controls many of the functions inside endothelial cells, including those damaged in the present study.