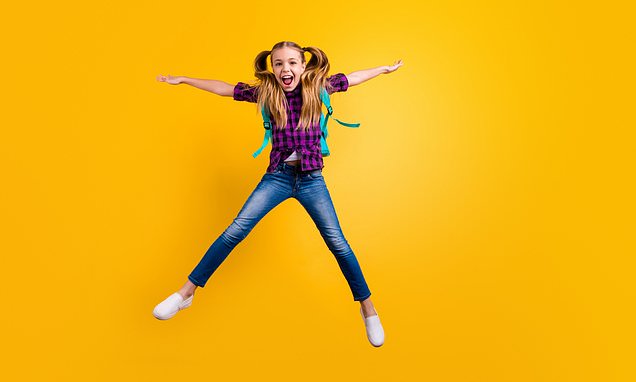 Children could do better at school if they exercise during their maths, English and science lessons, a study has suggested.

Researchers reviewed 42 studies that looked at the benefits of physical activity in the classroom for youngsters.

They found children who learnt to count in lessons by jumping on the spot went on to perform better on maths tests.

Results also showed children who were active in the classroom were more focused and better able to follow instructions. 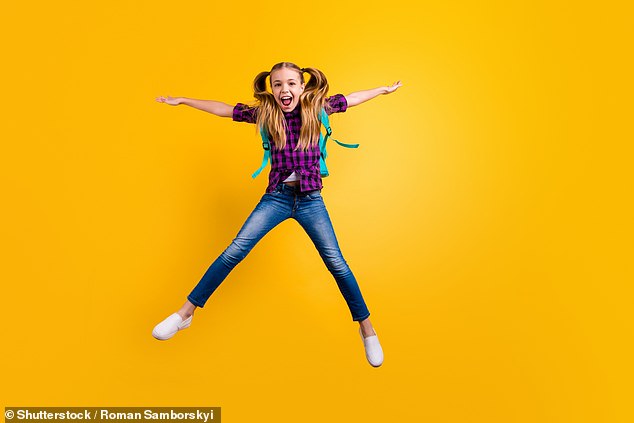 ‘And the biggest contributor of sedentary time in children’s lives is the seven or eight hours a day they spend in classrooms.’

She added: ‘Our study shows physically active lessons are a useful addition to the curriculum.

‘They can create a memorable learning experience, helping children to learn more effectively.’

Co-author Dr Tommy van Steen, of Leiden University, in the Netherlands, said the improvements came from ‘quite basic physical exercises’.

He added: ‘Teachers can easily incorporate these physical active lessons in the existing curriculum to improve the learning experience of students.’

Typical activities include using movement to signify whether a fact is true or false, or jumping on the spot a certain number of times to answer a maths question.

Data was taken from nearly 13,000 children, aged between three and 14. Scientists gave the youngsters tests and observed their attention.

Half of the trials reviewed in the British Journal of Sports Medicine were carried out in the US, as well as seven in Australia and five in the UK.

The rest of the studies took place in China, Croatia, Ireland, Israel, the Netherlands, Portugal and Sweden.

In one of the studies, eight and nine-year-olds ran on the spot to simulate travelling the world, in between answering questions on different countries.

Experts concluded the children, who were all from London, were more active and more focused on the task than peers in a control group.

The team of researchers, who were also led by Dr Norris, noted how they followed instructions from teachers more closely.

Another one of the trials reviewed found primary school children could also benefit from having physically active lessons.

Youngsters who had three active lessons a week were better at spelling and maths two years later than their peers.

The lessons included getting children to jump on the spot eight times to solve the multiplication sum two times four.

The Dutch scientists behind that study then calculated the improvement was the equivalent of four months of extra learning.

HOW MUCH EXERCISE DO YOU NEED TO DO?

To stay healthy, adults aged 19 to 64 should try to be active daily and should do:

A good rule is that 1 minute of vigorous activity provides the same health benefits as 2 minutes of moderate activity.

One way to do your recommended 150 minutes of weekly physical activity is to do 30 minutes on 5 days every week.

All adults should also break up long periods of sitting with light activity.