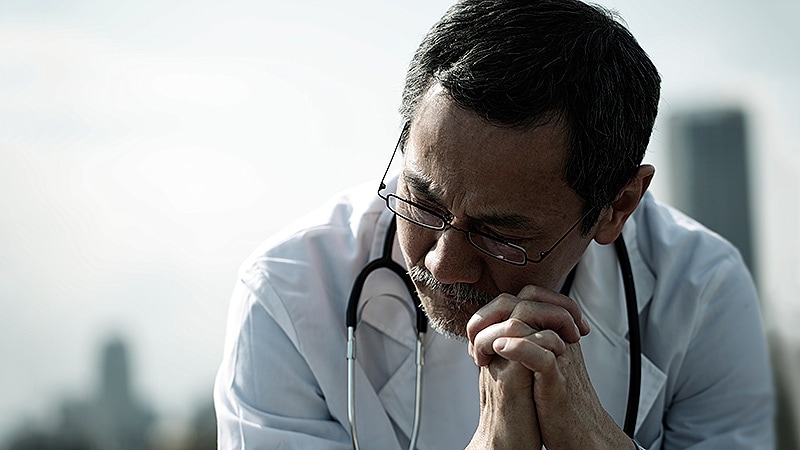 In William Bynum’s second year as a medical resident, he was pressed into a high-stakes emergency service to deliver a baby, despite feeling that he was the only person in the delivery room who didn’t know what he was doing.

He was at the end of a 24-hour shift and had to use a vacuum device to pull the baby out as quickly as possible to save its life.

Bynum succeeded. But in the process, he left the mother with a severe vaginal laceration.

“All I could see in the aftermath is that I caused her an injury, and that injury was egregious, and that it was my fault,” recalled Bynum, who is now an associate professor in family medicine and community health at Duke University School of Medicine.

The obstetrician sewed the woman’s laceration. She thanked Bynum because he “saved her baby,” and said she understood the injury was “an understandable complication.” Still, the incident changed Bynum’s life. It “threw me off my emotional axis,” he said, and prompted him to focus his academic interest on how residents experience self-conscious emotions­ — especially shame.

Bynum is a co-creator and lead researcher of “Shame in Medicine: The Lost Forest,” — a 10-part series from The Nocturnists, a medical podcast — that explores the effect of shame on clinicians.

“There are some countercurrents to the acknowledgment and processing of shame that prevent us from engaging with it and constructively moving through it,” Bynum said.

The podcast series delves into the shame that clinicians feel after making mistakes, when faced with lawsuits from patients, and in working every day in a culture where “unrealistic standards” are the norm.

“Nobody’s immune,” said Emily Silverman, MD, an internal medicine physician at the University of California San Francisco, and creator of The Nocturnists. “Shame is a survival mechanism that probably evolved to keep us together as a tribe or a herd.”

Elizabeth Bromley, MD, PhD, a psychiatrist and medical anthropologist at UCLA in Los Angeles, said shame is common among clinicians, “but not always acknowledged as shame.” In her research on the topic, Bromley found clinicians experience the feeling often, but express it instead as wanting to “escape,” “hide,” or as “feeling exposed.”

Shame in medicine runs the gamut from a response to having made medical errors and the challenges of balancing careers with motherhood or disability, to meeting the expectations of others, even the fear of being sued. One episode of the podcast is devoted to litigation, with a focus on a lack of training in medical school, which can result with clinicians feeling unprepared.

“Within the profession as a whole, there has been a historically high value placed on emotional stoicism — the idea that you need to be removed from your patients’ emotions or suffering,” Bynum said.

For some, shame is “a monster under the bed” that can manifest “directed at other people.” It can result in a physician blaming others, in disengaging from work, and in eating away at self-confidence.

But the emotion, often negatively perceived, has value, experts said.

“Shame is part of the emotional repertoire that allows to take their work with patients seriously,” Bromley said. “It helps them to see the importance of caring well for others.”

Bromley said she spoke to a surgeon who felt “a little bit over his head” during a procedure but was calmed when the attending physician told him to focus on the surgery at hand without letting emotions get in the way.

Bynum said his mistake prompted him to improve at vacuum deliveries.

“I needed to stop blaming myself,” he said, adding that his later research on shame taught him many lessons: “I’m better able to say, ‘Man, this is going to suck — but you’re going to get through it.'”

John Dillon is a freelance journalist based in Boston