Home » Health News » In fight against prostate cancer, caring for mental health is a growing priority 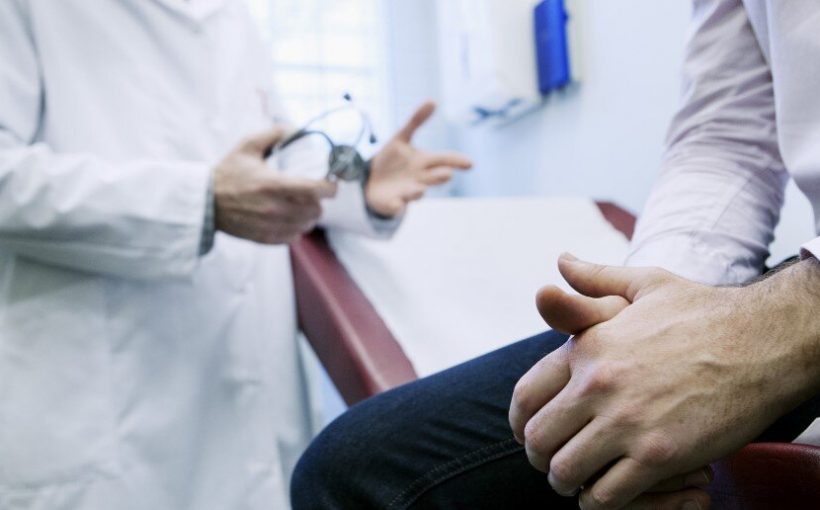 Prostate cancer is the second most common cancer in men and its diagnosis—and treatment—can take a toll on emotional and mental health.

At a hotel in the Scottish city of Aberdeen about 20 years ago, urologist James N’Dow and other doctors met a group of men who had suffered prostate cancer to ask for feedback on their care before and after surgery. The clinicians were stunned by the critical, albeit constructive, responses.

“Frankly, they felt abandoned,” said Professor N’Dow, who works at the University of Aberdeen. “When we discharged them after surgery, we thought their general practitioners were looking after them and their GPs thought we were.”

Dealing with the emotional and mental toll of prostate cancer has grown in importance along with detecting and curing the disease itself. Prostate cancer is the second-leading cancer among men in Europe and is sometimes mistakenly viewed as a disease only of old age. It caused an estimated 335 500 cases, or 12.5% of cancers, in the EU in 2020.

Prof N’Dow heads an Innovative Medicines Initiative project—PIONEER—on prostate cancer that seeks to improve diagnosis and treatment. A parallel initiative called FAITH is developing an electronic application for cancer survivors that could help spot if the “black dog” of depression is stalking them.

“Depression is a big thing in post-cancer survivors,” said Gary McManus, who leads FAITH and works at the Walton Institute for Information and Communication Systems Science in Waterford, Ireland.

Four in 10 men who have been treated for prostate cancer say they are anxious or depressed to some degree, with troubles worsening the more advanced the cancer, according to a 2020 study by Europa Uomo, a European advocacy movement for sufferers of the disease. Prostate cancer can increase the risk of suicide.

When prostate cancer is caught early enough, a man can be cured. If it spreads beyond the prostate, the cost of treatment is high and delivers minimal benefit. Usually, the disease will spread—metastasize—to the bones and lymph nodes.

“It is not curable at that stage,” said Prof N’Dow. “We are still picking up too many men with metastatic disease—and this is a failure of the system.”

Without treatment, the average period of survival from prostate cancer that has spread beyond the gland is about 21 months. With some newer therapies, some metastatic prostate cancer patients can survive five years or more.

Even when the cancer is aggressive, if it is restricted to the prostate gland a patient can be cured by surgery or radiation therapy—or a combination. Almost 95% of these patients are still alive up to 15 years after their diagnosis. Treatment can, however, affect a man’s urinary or erectile function.

Prof N’Dow hails recent EU recommendations to screen prostate cancer in men up to the age of 70 using a blood test and magnetic resonance imaging (MRI) scans based on an individual’s risk. Certain men over 50 and those of African descent or with a family history of prostate cancer are at heightened risk from this cancer and should be targeted for early detection.

Amid the efforts to improve detection and cures, FAITH’s planned app highlights the heightened focus on the psychological well-being of cancer patients.

Although it is being tested on people who have overcome lung and breast cancer, the app could be made to work for survivors of the disease in other parts of the body including the prostate.

In its study two years ago on anxiety or depression among men who have been treated for prostate cancer, Europa Uomo said 0.5% felt either one to an “extreme” degree and almost 4% to a “severe” extent. Nearly 11% and 28% fell into “moderate” and “slight” categories, respectively.

A tracker of sorts, the app is being developed by European technologists and cancer doctors working together. The tests are taking place at three hospitals in Ireland, Spain and Portugal.

At home, a wearable watch records movement and sleep patterns that get fed into a phone app. Patients must occasionally answer questions from the app, for example about dietary choices, while a voice module checks for any changes in a person’s speech that may indicate depression.

In all, 27 measurements are being tracked in a bid to uncover which ones could flag a downward trajectory in a patient’s mental health. Performance will be compared against clinical questionnaires that doctors already use to monitor patients.

The phone app will not send sensitive patient data to the Internet. Instead, an algorithm is updated on the phone and fed back to the development team, which helps improve the app’s performance.

“We’ll build our algorithm and try to pick out these downstream trajectories,” said McManus. “Then we are basically training the app.” Eventually, if the app picks up worrying signals, ‘an alarm is raised in the hospital and the patient is contacted,” he said.

The mental-health aspect of cancer diagnosis and care needs to be improved across Europe, according to Prof N’Dow, who said that this is a central goal of the European Association of Urology, where he is adjunct secretary general responsible for education.

“The impact psychologically of the diagnosis or consequences of treatment is huge,” he said. “This is something we understood in PIONEER.”

The project has sought to ensure that treatment comparisons take into account the impact on patient quality of life such as sexual, bowel or urinary function. Also crucial has been to identify those outcomes that matter most to patients.

That is why PIONEER has included patients themselves in discussions aimed at determining key unanswered research questions about prostate cancer.