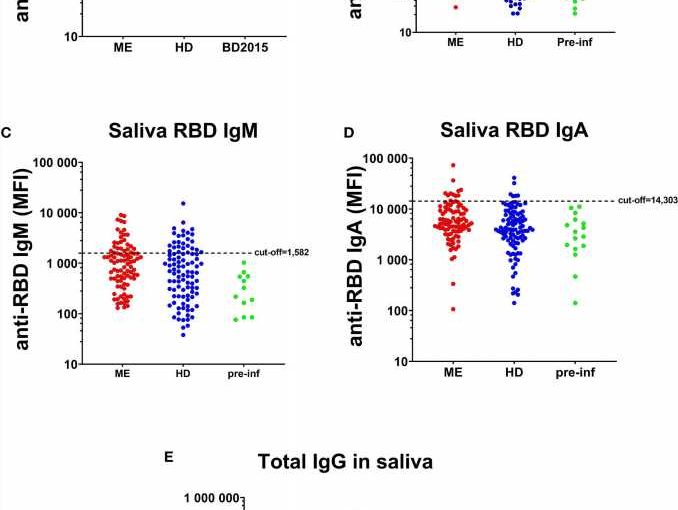 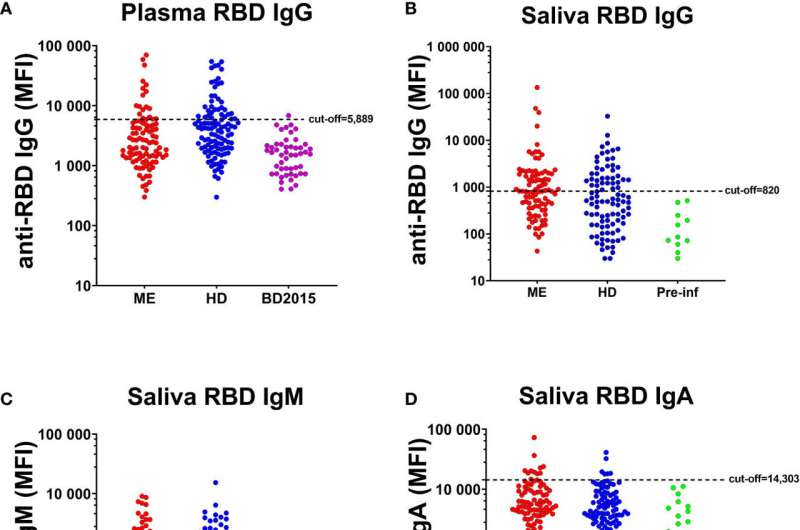 COVID-19 reactivated viruses that had become latent in cells following previous infections, particularly in people with chronic fatigue syndrome, also known as ME/CFS. This is the conclusion of a study from Linköping University in Sweden. The results, published in Frontiers in Immunology, contribute to our knowledge of the causes of the disease and prospects of reaching a diagnosis.

Severe, long-term fatigue, post-exertional malaise, pain and sleep problems are characteristic signs of myalgic encephalomyelitis/chronic fatigue syndrome, ME/CFS. The causes of the condition are not known with certainty, although it has been established that the onset in most cases follows a viral or bacterial infection. The health of the person affected is not restored even after the original infection is resolved. Indeed—the condition is sometimes known by its alternative name: post-viral fatigue. Since the cause is not known, diagnostic tests have not been developed.

“This patient group has been neglected. Our study now shows that objective measurements are available that show physiological differences in the body’s reaction to viruses between ME patients and healthy controls,” says Anders Rosén, professor emeritus in the Department of Biomedical and Clinical Sciences (BKV) at Linköping University, and leader of the study.

One theory that has been examined in several research studies is that a new infection can activate viruses that lie latent in the body’s cells after a previous infection. It has long been known that several herpes viruses, for example, can remain in a latent state in the body. Latent viruses can be reactivated many years later and give rise to a new bout of disease.

It has, however, been difficult to determine whether such reactivated viruses are involved in ME/CFS—until now. The extensive spread of the SARS-CoV-2 coronavirus during the COVID-19 pandemic has given researchers a unique opportunity to study what happens in people with ME/CFS during a mild virus infection and compare this with what happens in healthy controls.

In collaboration with the Bragée Clinic in Stockholm, the research group initiated a study early in the pandemic. Ninety-five patients who had been diagnosed with ME/CFS and 110 healthy controls participated in the study. They provided blood and saliva samples on four occasions during one year. 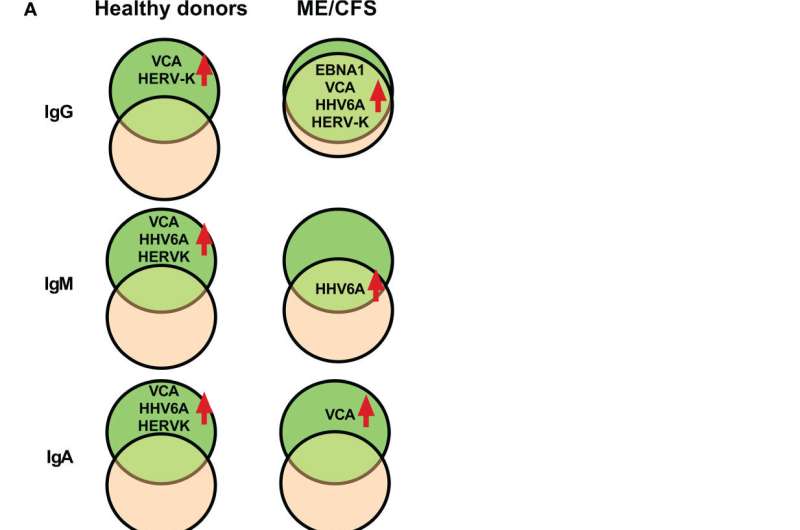 The researchers analyzed samples for antibodies against SARS-CoV-2 and latent viruses, and found a special fingerprint of antibodies against common herpes viruses in saliva. One of these viruses was the Epstein-Barr virus (EBV), which has infected nearly everybody. Most people experience a mild infection during childhood. People who are infected with EBV in the teenage years can develop glandular fever, commonly called mononucleosis, and also known as “kissing disease.” The virus then remains in a latent condition in the body. The EBV virus may proliferate in situations in which the immune system is impaired, causing fatigue, an autoimmune responses, and increased risk of lymphoma, if allowed to continue.

Approximately half of the participants were infected with SARS-CoV-2 during the first wave of the pandemic and developed mild COVID-19 (58% of those with ME/CFS and 41% of the control group). In more than one third of cases, infection had been asymptomatic, so the person had not been aware of the infection. After the SARS-CoV-2 infection had passed, however, the researchers detected specific antibodies in the saliva that suggested that three latent viruses had been strongly reactivated, one of them being EBV. The reactivation was seen both in patients with ME/CFS and in the control group, but was significantly stronger in the ME/CFS group.

Anders Rosén describes what happens as a domino effect: infection with a new virus, SARS-CoV-2, can activate other, latent, viruses in the body. The researchers suggest that this can, in turn, give rise to a chain reaction with an elevated immune response. This can have negative consequences, one of which is that the immune system attacks certain tissues, such as nerve tissue, in the body. Previous studies have also shown that the mitochondria, which produce energy in the cells, are affected, which suppresses the energy metabolism of people with ME/CFS.

“Another important result from the study is that we see differences in antibodies against the reactivated viruses only in the saliva, not in the blood. This means that we should use saliva samples when investigating antibodies against latent viruses in the future,” says Anders Rosén.

He points out that there is a great deal of overlap between the symptoms of ME/CFS and those of long COVID, which is experienced by around one third of patients who contract COVID-19. Exhaustion after light exercise, brain fog and unrefreshing sleep are common symptoms, while impaired lung capacity and abnormal senses of smell and taste are more specific for long COVID. The researchers believe that the results from the study can contribute to developing immunological tests to diagnose ME/CFS, and possibly also long COVID.

“We now want to continue and carry out more detailed investigations into the immune response in ME/CFS, and in this way understand the differences between the antibody responses against latent viruses,” says Eirini Apostolou, principal research engineer, and lead author of the article.