Home » Health News » For Those Still Ducking COVID, Isolation Is Worse Than Ever 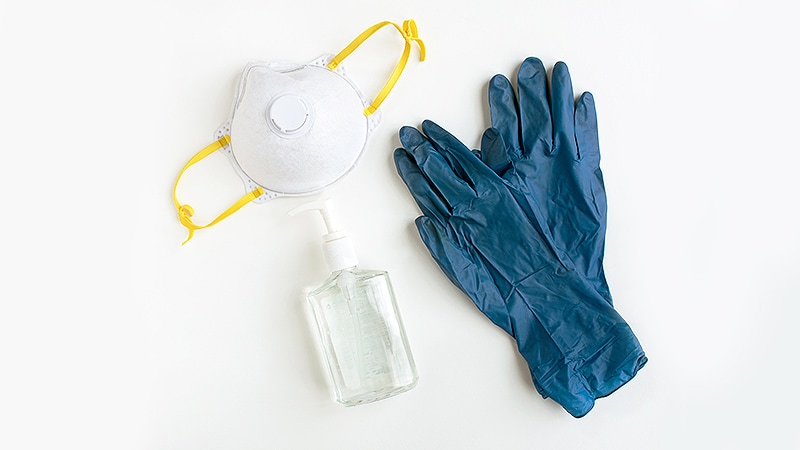 Of course Jeremy Pelofsky and Christine Grimaldi want people to meet their new baby. This is their only child, after all, the long awaited first grandkid on either side.

But first, some ground rules.

The visit will take place in the backyard. Anyone who wants to come over will need to take a rapid coronavirus test. And if guests want to hold the baby or go inside to use the bathroom, they’ll be asked to wear a mask.

These measures seem like common sense to Pelofsky and Grimaldi. They’re trying to keep themselves and their infant safe, plus they want to protect their elderly parents and do their part to reduce community spread. Not long ago, the couple felt like their precautions were in sync with much of the rest of society. But in recent months their idea of covid common sense has grown painfully out of tune with the view that it’s time to throw caution to the wind and masks in the garbage.

“I didn’t feel draconian before, and I feel draconian now,” says Grimaldi, 36. “Everyone seems to have abandoned the things that were de rigueur before.”

Pelofsky and Grimaldi are among the Americans who are still going very far out of their way to avoid the virus. They don’t dine indoors at restaurants. They continue to practice social distancing. They wear highly protective masks if they must visit a doctor or stop at a pharmacy. Some are home-schooling their kids. Others are refusing to return to the office. They comprise the dozens of social media groups whose members identify as “Still COVIDing.”

Many of them would like the unmasked masses to know this isn’t easy, and that it’s only gotten harder.

“We’ve turned down various parties and events that are indoors because we just don’t feel comfortable doing that yet,” says Pelofsky, 47. “We are a bit cut off from certain friends, unfortunately.” And while none of their guests have balked at their requests, the couple knows it will all get harder in the winter, when it’s less comfortable to socialize outdoors.

They took the threat seriously from the beginning, and have managed to avoid contracting the virus (as far as they know). For a short time, post-vaccination, they loosened their restrictions. But they doubled down after finding out Grimaldi was pregnant last fall, especially as the pregnancy took a toll on Grimaldi’s health. The couple kept up precautions after the baby arrived, not wanting to expose an unvaccinated infant.

But even when the baby gets her second dose of the vaccine next month, Pelofsky and Grimaldi expect to continue masking and taking other measures to mitigate their risk. Grimaldi got a taste of prolonged illness during pregnancy and doesn’t want to return to that state; Pelofsky fears the effects of long covid.

The precautions don’t feel particularly onerous to the couple. What gnaws at them is the sense that they’re out of step with society.

“I feel like an outlier for doing the things that were standard just a short while ago,” says Grimaldi.

There’s no reliable tally of the people who are “Still COVIDing,” but certainly they’re in the minority. A September poll by Monmouth University found that 22 percent of people are very concerned about a family member becoming seriously ill with covid, compared with 45 percent the previous September. And a quarter of Americans supported mask mandates and social distancing guidelines, down from 63 percent last September.

People who continue to take many precautions know that when President Biden said “the pandemic is over” during an interview last month, he was reflecting a popular attitude: The available vaccines and medicines have made things safe enough, for enough people, that we can finally close the book on 2020 and start partying – or, at least, living – like it’s 2019 again.

Which makes it that much more isolating for the people who are still in pandemic mode.

“People are making judgments without having a kind of community consensus, which makes it harder for people,” says Steven Epstein, a sociology professor at Northwestern University.

Epstein often contrasts the covid pandemic and the AIDS epidemic, when clear, widely-agreed upon guidelines on how to stay safe emerged (wear condoms, don’t share needles). “The problem with covid is we don’t have that kind of clarity,” he says. “People are kind of muddling through. We make very personal assessments at a time when there’s no clear consensus.”

People who are still taking all available precautions largely fall into two groups: those with underlying health conditions for whom contracting the covid-19 virus – or, in some cases, even getting the vaccine – could be very dangerous; and those who just don’t want to get this virus, either because they fear acute illness or long-term deleterious effects. Both camps have largely given up waiting for a light at the end of the tunnel. They view covid as here to stay, and have reordered their lives accordingly.

Lindsay Poveromo-Joly spent years as a hyper-engaged mom, the type who knew everyone at her kids’ school and ran half the committees of the parent teacher association. She’s also a rule follower, so from the beginning of the pandemic the 36-year-old-mother of two has continued following all the rules, even when the rules were lifted in her home state of Florida.

“People kind of talk about you like you’re a bunker person,” Poveromo-Joly says. She has had friends subtly questioning her decisions. Not to mention strangers. At one point when she was out with her masked children, she says, a passerby pretended to cough aggressively in their direction.

But Poveromo-Joly sees her continuing efforts to keep the virus out of their home as totally rational. She’s worried about her youngest child, a daughter who is now 6 and has twice been hospitalized with severe cases of the flu, and about her husband, who is a diabetic. That worry didn’t disappear with access to vaccines. So now her kids are home-schooled. They bought a new house with a home office for her husband so he could continue to working remotely. She has repopulated her social circle with new friends who are making similar choices.

Most of their social circle is made up of other home-schooling families, who they see regularly for outdoor gatherings and play dates. Rather than send her daughter to a nearby gym for tumbling class, Poveromo-Joly found a gymnastics instructor who will teach the little girl outside. When other fourth graders boarded a bus to see the state capitol, Poveromo-Joly packed up the family, rented an Airbnb and did their own tour of St. Augustine.

“Do I talk to a lot of the people from our old life? No, unfortunately,” she says. “For a while people tried to make it work. But sometimes you do lose relationships.”

The adjustments can take work – “Let me call 10 dentists and see which one is still wearing masks,” Poveromo-Joly says of a recent effort – but the changes have also come with benefits. Poveromo-Joly says they spend much more time together, their life is less hectic and their daughter, who was diagnosed with dyslexia, gets more personalized instruction. So Poveromo-Joly has stopped thinking of their pandemic era changes as temporary, and stopped hoping that they could be.

Emily Landon, an infectious-disease specialist at the University of Chicago Medicine, understands the concerns of people like Poveromo-Joly. Though acute covid is “largely survivable” because of advances in therapeutics and vaccines, she says, there are still very real risks related to long covid, including prolonged illness, cardiac conditions and neurological symptoms.

“There are good reasons to avoid getting covid,” she says, such as the possibility of those longer-term effects. Landon still wears her mask when she heads to the grocery store. People who take care of patients who’ve had long covid, she says, “are a little shy about getting covid.”

The Still COVIDing Facebook groups are made up of people like Poveromo-Joly looking for each other, and for things like extra-careful dentists. In the last month, members of a Mid-Atlantic group posted queries looking for veterinarians and eye doctors who were still wearing masks and occupational therapists who would still do virtual appointments.

“2019 is gone. It’s gone. And it’s not coming back,” says Kara Darling, the moderator of that group and several others like it. “So at my house we’ve had a lot of long conversations about what makes a life worth living.”

Darling is a partner in a network of medical clinics that provide care coordination for people with complex diseases. Three of her four kids have a rare condition called autoimmune encephalitis in which their immune systems can cause debilitating inflammation of the brain. Darling says that when her son got hand, foot and mouth disease, a common childhood virus that’s generally mild, it took him two years to fully recover.

“Getting covid is just not an option for my kids to stay functional,” she says.

Occasionally Darling feels frustrated toward people who opt not to don masks in shared spaces like doctor’s offices and pharmacies, but mostly she’s upset that federal health agencies aren’t issuing stricter guidelines. She worries that people walking around maskless in crowded spaces don’t have enough information about the potential dangers of long-term covid damage, especially from multiple infections.

There have been costs to her own approach. The family moved from Colorado to Delaware in late 2020, but Darling says her husband couldn’t take the seclusion anymore and moved back to Colorado. “He was just done,” she says. Her oldest daughter, a 21-year-old former theater kid who long dreamed of being a performer, has had to rethink her career path. And when one of Darling’s sisters had a new baby this year, the sister asked when Darling would come to meet the child.

“I said, ‘I really want to see your baby, I love all the pictures,” she recalls, “but are you going to take the week off before we come and then the week while we’re there?’ And she said, ‘Well, no. I can’t really do that.'” The visit never happened, Darling says.

She doesn’t fault her sister, or even her husband. “It is what it is,” she says. “I’ve seen big rifts – people who don’t even speak to their family members any more. I just need to be practical and know how I can keep my family safe.”

“We’d be more comfortable going out into the world if people would just show people some respect and put on a mask,” says Cohen Coleman, who has a constellation of genetic conditions that trigger severe immune system responses. She worries an infection could be lethal.

At the start of the pandemic, the health-care attorney felt a renewed sense of solidarity. Finally it seemed like people understood a little bit of what it’s like for her to live with chronic illness, to stay home all the time, to be in seclusion.

“In the early days of the pandemic people were checking on each other,” she says.

These days she feels more alone than ever.

“It’s absolutely more isolating now,” she says. “It makes me feel kind of left behind and forgotten.”