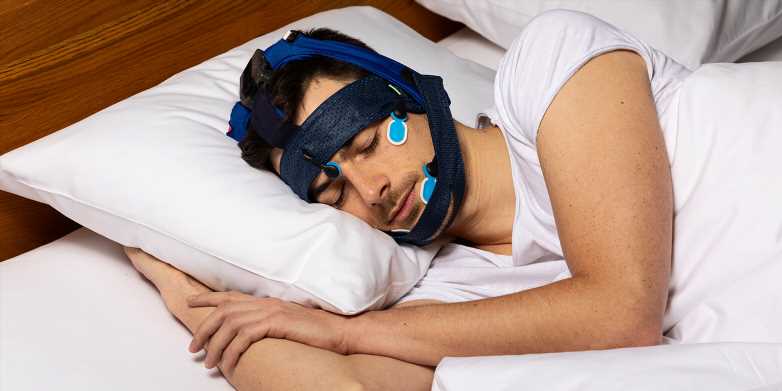 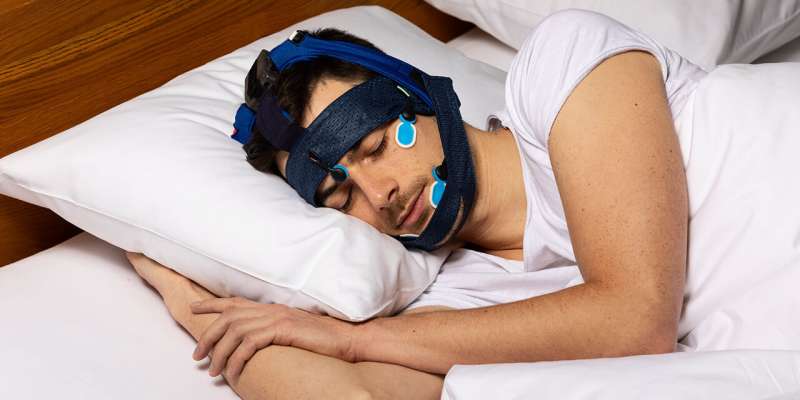 Many people, especially the elderly, suffer from abnormal sleep. In particular, the deep sleep phases become shorter and shallower with age. Deep sleep is important for the regeneration of the brain and memory, and also has a positive influence on the cardiovascular system.

Researchers have shown that the brain waves characterizing deep sleep, so-called slow waves, can be improved by playing precisely timed sounds through earphones while sleeping. While this works well in the sleep laboratory under controlled conditions, there has thus far been no at home solution that can be used longer than just one night.

As part of the SleepLoop project, researchers at ETH Zurich have developed a mobile system that can be used at home and aims to promote deep sleep through auditory brain stimulation.

The SleepLoop system consists of a headband that is put on at bedtime and worn throughout the night. This headband contains electrodes and a microchip that constantly measure the brain activity of the person sleeping. Data from this is analyzed autonomously in real-time on the microchip using custom software. As soon as the sleeping person shows slow waves in the brain activity characterizing deep sleep, the system triggers a short auditory signal (clicking). This helps to synchronize the neuronal cells and enhance the slow waves. What makes the solution unique is that the person sleeping is not conciously aware of this sound during deep sleep.

Researchers from ETH Zurich and University Hospital Zurich, led by Caroline Lustenberger, group leader at the Neural Control of Movement Lab, have conducted a clinical study with this device for the first time. The results have just been published in the journal Communications Medicine.

The study involved equipping participants, between 60 and 80 years old, with the SleepLoop system, which they were required to operate themselves in their own home. The system is designed to function independently even by users with little technical experience. “This worked very well. We had surprisingly little data loss and the participants rated the device as user-friendly,” says Lustenberger.

The results of 16 participants of the study show that it was indeed possible to enhance the slow waves through auditory signals during deep sleep in most participants. However, the individual differences were extensive with some of the subjects responding very well to the stimuli, while others responded minimally or not at all.

According to Lustenberger, the question of whether a person reacted to a stimulus did not depend on their well-being during the day. “Some people generally responded well to the stimuli and clearly showed enhanced slow waves, while others showed no response, regardless of their daily well-being.”

The researchers have used these individual differences to better predict how a given individual will respond to the auditory stimulus. This in turn helps them to optimize and improve the performance of SleepLoop.

On track for market launch

A spin-off company Tosoo AG, is currently working on developing the device further and preparing it for the clinical market. It is already clear that it will not be freely available, but only via a doctor’s prescription.