Home » Health News » Does medical publishing have a bias against women faculty? 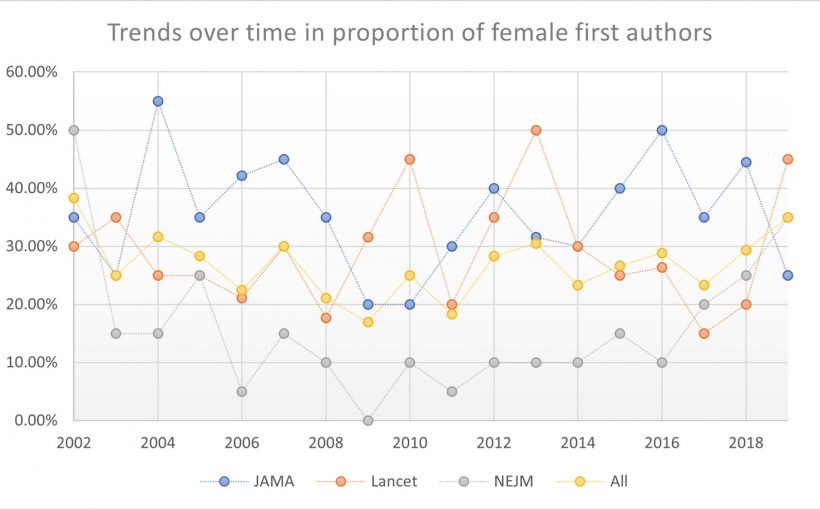 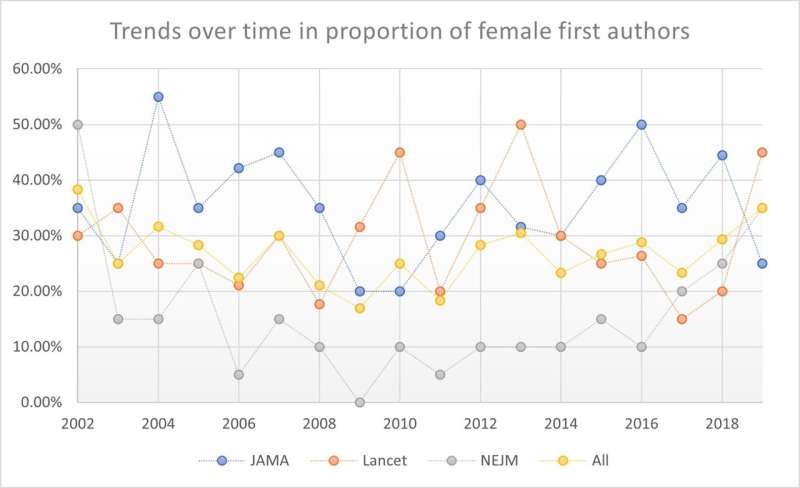 A novel study that surveyed more than 1,000 author citations in the top three peer-reviewed international medical journals showed a significant disparity regarding women and men faculty and authorship. Led by A. Laurie Shroyer, Ph.D., and faculty colleagues at the Renaissance School of Medicine at Stony Brook University, the study calculated authored papers that spanned 18 years (2002–19) in The New England Journal of Medicine (NEJM), the Journal of the American Medical Association (JAMA), and The Lancet. The findings are published in PLOS ONE.

In December 2017, The Lancet editors called for gender inequality investigations within medicine and publishing. As senior authors on the paper, Dr. Shroyer, Professor of Surgery and Vice Chair of Research, and Henry J. Tannous, MD, Co-Director of the Stony Brook University Heart Institute, and Chief of the Division of Cardiothoracic surgery, devised the method to evaluate any gender disparities regarding authorship.

Based on the survey, they found a “gender disparity chasm,” as they recorded a first author woman’s publication overall rate in these journals was lower (26.8 percent) than the rate of U.S. full-time women medical faculty (37.2 percent). Additionally, in second and last author roles, women were similarly underrepresented by way of national medical faculty rates.

“Considering the advances women have made contributing to science and medicine in recent decades, these results show a clear indication of a gap between men and women authorship, another aspect to the glass ceiling in medicine,” says Dr. Shroyer.

The researchers identified “gender alignment” as when a publication’s first and last authors were documented as being the same gender. Although first-to-last author relationship does not automatically define a mentor relationship between those two co-authors, working together on a publication provides an inherent opportunity to foster a mentor-mentee relationship.