Home » Diabetes: The type of rice that could improve your blood sugar levels 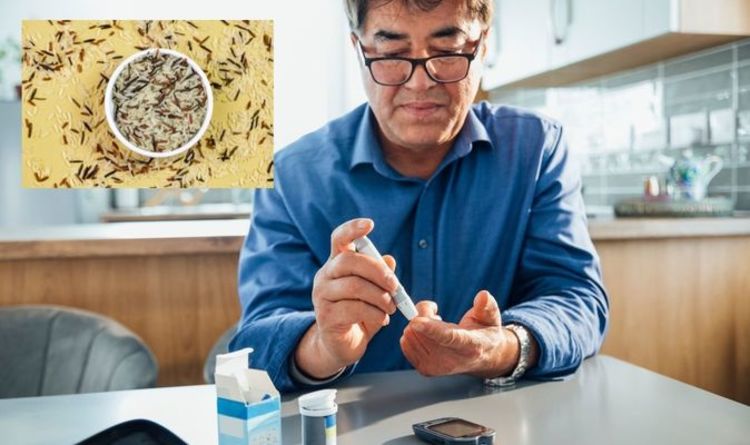 Type 2 diabetes can be a 'devastating diagnosis' says expert

Refined carbohydrates are a big contributor to poor nutrition.

White rice has the fibrous husks removed that are rich in nutrients.

Refined flour is loaded with calories but has similarly had most of the beneficial nutrients removed.

Grains and rice are one of our main sources of dietary carbohydrates, so it is important that we select the ones that are healthiest for us.

He said: “We probably sell 30 percent more brown over the last couple of years than before.”

Brown rice contains protein and fibre that are removed in white rice and the glycaemic index is lower, making it a healthier food for diabetics and prediabetics.

Research conducted by the Global Nutritional and Epidemiological Transition working group (GNET) examined the effectiveness of switching from a white rice to a brown rice diet.

Interestingly, many people in the study began with preconceptions that brown rice was of lower quality and had worse taste.

After trying some and being informed of the nutritional benefits a greater number were willing to make the switch and participate in follow up research.

The group also found that replacing one third of a service of white rice with brown lowered diabetes risk by 16 percent.

GNET researcher Professor Frank Hu said: “From a public health point of view, whole grains, rather than refined carbohydrates, such as white rice, should be recommended as the primary source of carbohydrates.

“These findings could have even greater implications for Asian and other populations in which rice is a staple food.”

The researchers also examined the effect of other whole grains, such as barley, which were linked to a 36 percent risk reduction.

Other varieties of rice have been examined as methods of avenue for improving nutrition.

This came after several decades of regulatory issues and concerns about the potential implications for genetically modified crops.

The rice is genetically modified to contain high amounts of vitamin A, common vitamin deficiency in the region that can result in blindness.

Moderation is still an important consideration in diet.

The GNET study was not able to examine the impact on substituting brown rice in people who eat large amounts of rice.

Brown rice contains higher amounts of fibre that can help control blood sugar, but is still rich in carbohydrates.

Brown rice is also a useful source of many helpful nutrients, such as iron and magnesium.