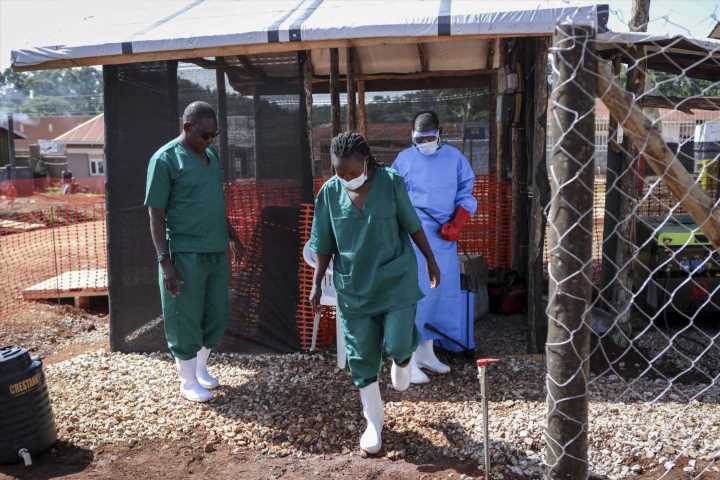 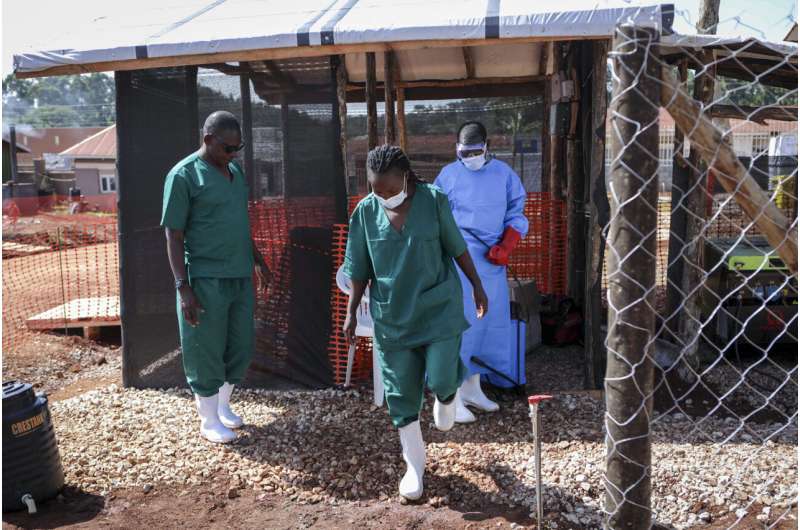 The Africa Centers for Disease Control and Prevention says Uganda next week will host a ministerial meeting on the outbreak of the Sudan strain of the Ebola virus which has no proven vaccine and has caused alarm in the East Africa region.

Acting director Ahmed Ogwell told journalists on Thursday the three countries that suffered the devastating West Africa outbreak of Ebola in 2014-16, Sierra Leone, Guinea and Liberia, also are invited to the Oct. 12 meeting.

The current Ebola outbreak in central Uganda has a 69% case fatality rate, which Ogwell called “very high,” and four health workers are among 10 people confirmed to have died of Ebola. There have been 43 confirmed cases. None have been in the capital, Kampala.

Ugandan scientists and their partners abroad are looking to deploy one of two possible vaccines against the Sudan strain of Ebola, the WHO representative to Uganda told reporters Thursday. But there are only 100 doses of the vaccine from the Sabin Vaccine Insitute, said Yonas Tegegn Woldemariam.

“These manufacturers are looking to produce more,” he said. “We do not have sufficient data to deploy it in a large (population) and the supply is not there. Currently the scientists are agreeing (on) scientific protocol for the study and as soon as the protocol is agreed … I think the vaccine will be imported into Uganda. Hopefully within less than a week.”

Immediate contacts of confirmed Ebola cases would be targeted in the study, he said. 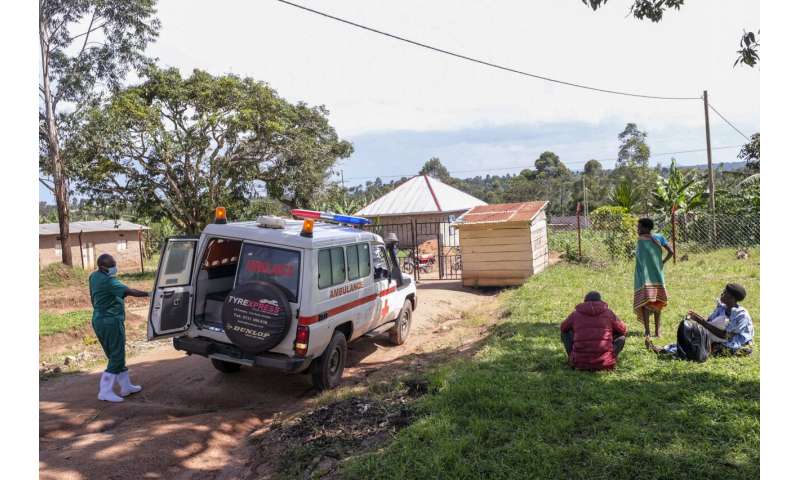 Ogwell of the Africa CDC said health workers were exposed to Ebola at the beginning of the outbreak “when we did not know what we were dealing with,” and he dismissed the suggestion that the infections signaled the outbreak was getting out of hand.

He said more than 860 active contacts have been listed and at least 78% of them are being monitored, a situation that has almost doubled from a week ago.

The Africa CDC said it has procured 20,000 test kits that should arrive early next week for the region, and it will ship stockpiles of personal protective equipment next week.

A mobile lab set up at a hospital near the outbreak has reduced the turnaround time for test results to six hours, according to Woldemariam, who said the response of Ugandan health authorities is improving “every day.”

Ebola can be difficult to detect at first because fever is also a symptom of malaria. Ebola, which manifests as a viral hemorrhagic fever, is spread through contact with bodily fluids of an infected person or contaminated materials. Symptoms include fever, vomiting, diarrhea, muscle pain and at times internal and external bleeding.

Uganda has had multiple Ebola outbreaks, including one in 2000 that killed more than 200 people.