Home » Health News » Can I get the flu from touching surfaces? Researcher says no. 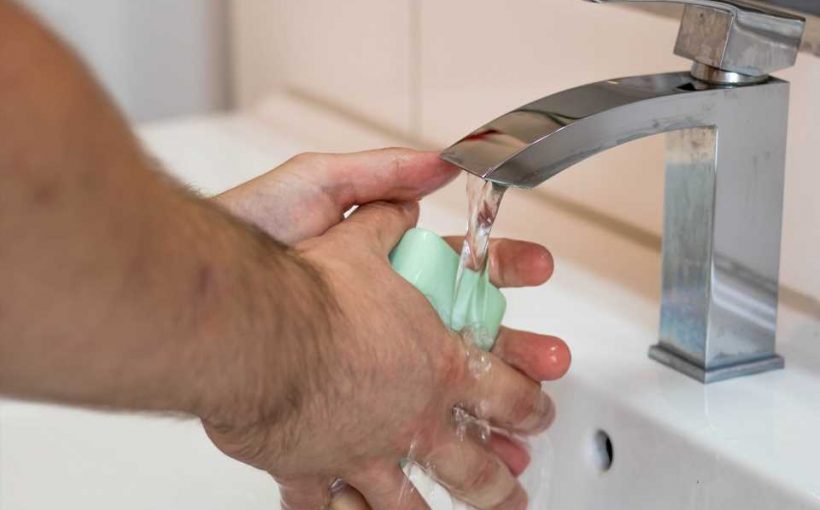 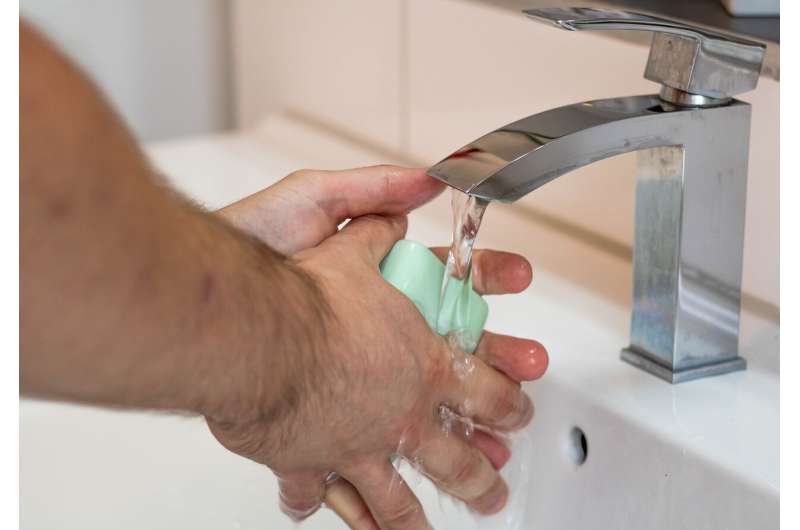 In the early stages of the COVID-19 pandemic, the coronavirus was everywhere—stuck to our cellphone screens, smeared on our mail, dangling from doorknobs, even clinging to our cereal boxes. Except that it wasn’t.

Despite public health guidance suggesting surfaces be disinfected to stop the spread of COVID-19, the virus wasn’t significantly transmitted through inanimate surfaces and objects, what microbiologists call “fomites.” As with all respiratory viruses—from the flu to the common cold—transmission was and remains almost exclusively airborne.

Emanuel Goldman, a professor of microbiology at the Rutgers New Jersey Medical School, was among the first scientists to challenge conventional wisdom by warning that hygiene theater—overzealous disinfection of surfaces—had “become counterproductive” for public health. In April 2021, the U.S. Centers for Disease Control and Prevention (CDC) agreed.

Goldman is once again sounding the virus alarm. His recent work, published in Frontiers in Infectious diseases and Microbiology, delves deeper into laboratory testing failures and advocates for a science-based path out of the pandemic. He will present his findings at a respiratory disease conference in December in New York.

In your most recent paper, you argue that while masks and vaccinations can help reduce the spread of COVID-19, a more effective path out of this pandemic is being ignored. What is it?

Respiratory viruses like COVID-19 and the flu spread primarily indoors, so we need a safe virus-killing reagent that can be pre-deployed in occupied spaces. As it happens, we already have one.

Triethylene glycol (TEG) is an air sanitizer that has been shown to be safe for humans to breathe at low concentrations. It’s also been found to kill viruses on surfaces and in the air at those same low concentrations. Given the science, regulatory agencies should fast-track approval of TEG-based air treatments.

Why do think this has been overlooked?

The scientific establishment is very, very cautious. Sometimes that’s a good thing. Public health officials don’t want to put out a recommendation that can harm people. But they should also weigh the cost-benefit of recommendations. In the case of fomites and COVID-19, officials were way off base. That’s partly because nobody critically looked at the scientific basis on which these recommendations were made. I suspect similar dynamics are at play with TEG.

For decades, the scientific community considered fomites significant vehicles for transmission of respiratory viruses. What was this false assessment based on?

It was based almost entirely on previous laboratory experiments that assessed the survival of respiratory virus particles on surfaces. The problem with these experiments was that the amount of virus used in nearly every case was significantly more than you would find in real life. Viruses die in the environment, and they die with a predictable half-life—the time it takes for half of the total viral load to dissipate. So, if you start out with a very large amount of virus, you have more half-lives to go through before you reach the point where there are no longer any viable viruses left.

The other problem was that some of these experiments didn’t look at infectability per se, but at the presence of genetic material, specifically RNA. The trouble is that RNA survives well on fomites, even though it doesn’t have the ability to infect. It’s more like the corpse of the virus.

You have a paper in the journal Applied and Environmental Microbiology that examines these testing deficiencies in even more detail. What did you find?

It turns out to be even worse than I originally thought. Experiments from my lab show that enveloped viruses, which have an outer layer of membrane protecting its genetic material, resist decay better at higher virus concentrations. It’s like circling the wagons—they circle and protect the ones on the inside.

SARS-CoV-2 is an enveloped virus. Therefore, experiments measuring surface survival of COVID-19 weren’t only misleading because of the unrealistic amount of virus tested but also because the presence of more virus was extending half-lives.

What about influenza? With flu season approaching, can we stop washing our hands?

What we discovered from the COVID-19 pandemic is that influenza is similarly airborne. During the first year of COVID-19, when everybody was masking, the rate of influenza infection went down to almost zero. If influenza was transmitted by fomites, that wouldn’t have happened.