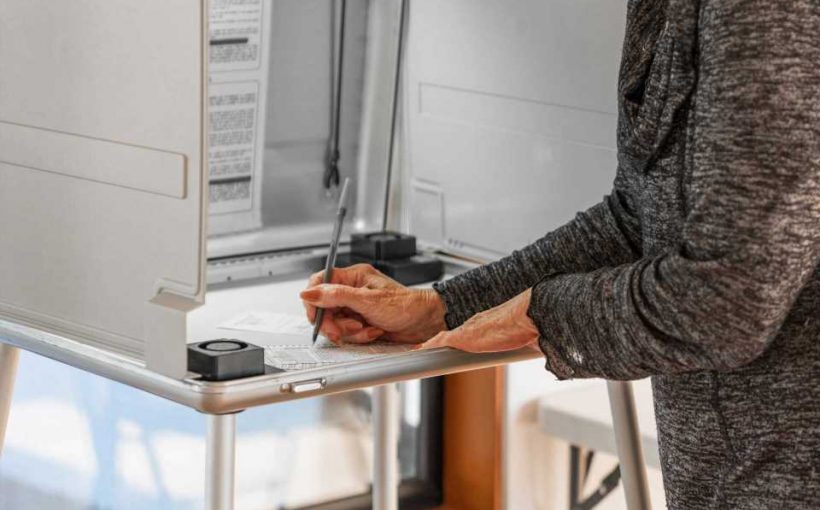 LANSING, Mich. — The fight over abortion is steaming toward a political resolution across the state as activists, policymakers, politicians, providers, and would-be-patients eye the Nov. 8 election.

Voters will decide on Proposal 3, which, if approved, would install protections for a woman’s right to have an abortion in the Michigan Constitution.

Kansas voted this year to keep abortion legal. Now Michigan is one of five states, along with California, Kentucky, Montana, and Vermont, asking voters next month to weigh in on abortion policy in the wake of the Supreme Court’s June ruling in Dobbs v. Jackson Women’s Health Organization. That ruling overturned the court’s 1973 Roe v. Wade decision and leaves states to set their own abortion policies.

Since the court’s ruling, abortion access in the U.S. has been evolving into a jumble of standards. In some states, decades-old laws lingering on the books could trigger dramatic shifts, while other states are eyeing new laws. But as the policy landscape forms, those on the front lines must operate in a state of uncertain limbo.

In Michigan, the politically deadlocked state government ensured that a 1931 law banning abortions was dusted off and then thrown to the courts, where judges temporarily blocked prosecutors from enforcing it. The ballot measure to protect abortion rights landed on ballots only after advocates submitted petitions bearing more than 735,000 valid signatures and Michigan Supreme Court justices ended a legal tug-of-war over petition technicalities.

Abortion policy has also spilled into both the attorney general race and the gubernatorial one, with Democratic incumbent Gov. Gretchen Whitmer, who supports abortion rights, running against Republican Tudor Dixon, an outspoken conservative who opposes abortion, even in cases of rape and incest.

When Whitmer urged Michigan voters to fight like hell to protect the right to abortion, Michigan Catholic Bishop Earl Boyea urged Catholics to “fight like heaven” to stop the state constitutional amendment.

“There is a bit of a tennis match going on in Lansing right now,“ said Jim Sprague, CEO of the Pregnancy Resource Center of Grand Rapids and a member of the coalition against Proposal 3.

Christen Pollo, executive director of Protect Life Michigan, which works with students on campuses to end abortion, said that “overwhelmingly, voters oppose the extreme policies” in the measure. But according to a poll commissioned by the Detroit Free Press and its media partners, 64% of respondents plan to vote for the ballot measure to codify abortion rights in the Michigan Constitution.

Meanwhile, the state’s abortion providers continue seeing patients amid the confusion around what will be legal in Michigan. At a full-service Planned Parenthood clinic in a bustling shopping plaza in Lansing, staffers still see a steady stream of women seeking services. And at a busy corner in front of the clinic’s parking lot, a continual flow of anti-abortion protesters still show up, holding signs, just as they have since this location opened decades ago.

It all looks much the same as before the Supreme Court’s historic decision, but behind the scenes, abortion providers and advocates are preparing for an uncertain future. Linda Goler Blount, president of the national Black Women’s Health Imperative in Atlanta, works with networks of activists around the country to support their efforts to make sure contraceptives are available. “Some of those groups are ordering medical abortion products, and stockpiling them,” she said.

And medical professionals worry about what happens if Michigan’s Proposal 3 doesn’t pass. Dr. Alane Laws-Barker, who works with medical residents at Michigan State University in East Lansing, said some of the emergency room and internal medicine residents worry they may be accused of causing an abortion as they provide care. Across the board, she said, physicians and other providers are concerned that their medical licenses could be in jeopardy, or they could find themselves locked up if the ballot measure fails.

The whole medical community is “in a wait-and-see moment,” she said.

But if Proposal 3 passes, Sprague said, it will cause a cascade that clears from the books dozens of other laws that protect women and children. He called it “a bad law for women” in Michigan that is too radical.

“The disparity in the number of Black women who seek out abortion services speaks to the many health care inequities that they suffer across the board,” Goler Blount said.

So Black reproductive activist groups are among those on the ground making it clear to voters where elected officials stand, Goler Blount said. She added that they are working on massive voter registration and get-out-the-vote efforts.

Both sides in Michigan have invested millions in ads to make their case. In addition to neighborhood canvassing and phone trees, they are taking to social media, including Detroit rapper Marshall Mathers, known as Eminem, who is backing the measure. Signs for each side are sprouting in yards and anti-abortion groups have been assembling prayer rallies around the state.

The stakes are high and heated as the state awaits the vote. In September, a man shot an 83-year-old canvasser in the shoulder in Ionia County while she was passing out anti-abortion pamphlets, and earlier this month, abortion rights graffiti was sprayed outside a Roman Catholic Church in Lansing.