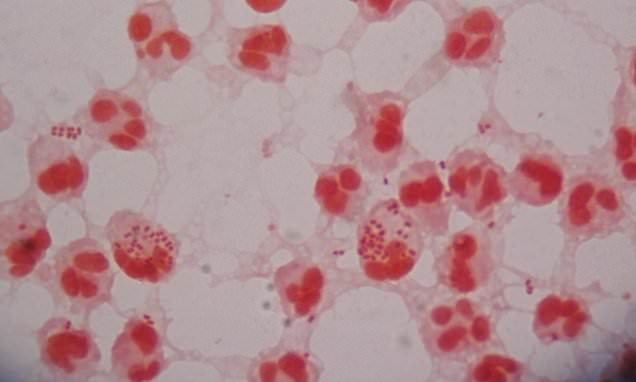 Super gonorrhoea poses a ‘major global threat’, scientists have warned in the wake of an Austrian man catching a drug-resistant version of the STI.

The unidentified man, in his 50s, became infected after having unprotected sex with a prostitute while on holiday in Cambodia in April.

Five days later, when he returned home, he experienced a burning pain while urinating and discharge from his penis.

Medical tests reveled he had gonorrhoea and he was given standard antibiotics.

While the drugs made his symptoms disappear, the man still tested positive — which meant the treatment had technically failed. FAIR?

Doctors called his strain ‘extensively drug resistant’ and different to ones seen before.

They warned it could effectively render gonorrhoea untreatable, if it was allowed to spread.

‘If such strains manage to establish a sustained transmission, many gonorrhoea cases might become untreatable,’ she said. 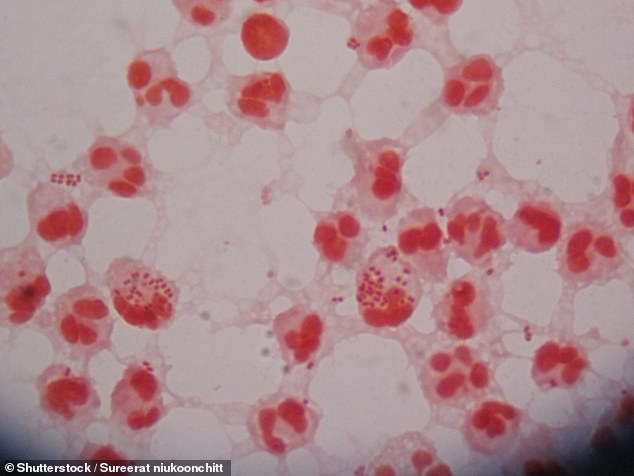 Super gonorrhoea refers to a strain of the bacteria behind the sexually transmitted infection (STI) that is resistant to one or more antibiotics normally used to treat it.

In the UK gonorrhoea is usually treated with an injection of the antibiotic ceftriaxone into the thigh or buttocks.

However, a new strain of the STI has emerged in the Asia-Pacific region which is resistant to this drug.

These cases instead need to be treated with a different medication that the strain is not resistant to.

Like the regular strain, super gonorrhoea can cause infertility and potentially life-threatening pelvic inflammatory disease in women if left untreated.

There are fears super gonorrhoea could gain resistance to more antibiotics meaning that it effectivity becomes untreatable.

The symptoms for super gonorrhoea are the same as the regular type, pain while urinating, thick yellow or green discharge from the genitals and abnormal bleeding between periods in women.

Wearing a condom correctly can help reduce the chance of catching the STI.

New medications targeting the gonorrhoea bacteria and/or the creation of an effective gonorrhoea vaccine are crucial to limiting the impact of drug resistant strains, the authors added.

The man was eventually treated with a week-long course of amoxicillin-clavulanic acid, a combination antibiotic treatment. He later tested negative.

However, Cambodian sex worker was unable to be traced, meaning the situation could repeat itself, according to experts who detailed the man’s case in the journal Eurosurveillance.

Gonorrhoea is the second most common STI in Britain, with almost 60,000 people catching it each year. Rough 680,000 Americans get infected each year, too.

Symptoms include a thick green or yellow discharge from the vagina or penis, and pain when urinating.

If left untreated, the disease can lead to serious complications including infertility and potentially life-threatening pelvic inflammatory disease in women.

In pregnant women, it can also cause permanent blindness for newborns.

Most strains are still treatable although super-strains have popped up over the past few years.

Cases of a type of gonorrhoea resistant to ceftriaxone have been rising in the Asia-Pacific region.

Gonorrhoea has been gathering resistance to a number of antibiotics over the past few decades, a phenomena called antimicrobial resistance.

British doctors used to prescribe the antibiotic ciprofloxacin. But in 2005 it was no longer recommended as a treatment because the bacteria had become resistant.

Another antibiotic — cefixime — was also dropped in 2011 for the same reason.

The strain the Austrian man had displayed resistance to azithromycin, one of the two frontline antibiotics used to treat gonorrhoea in Europe. 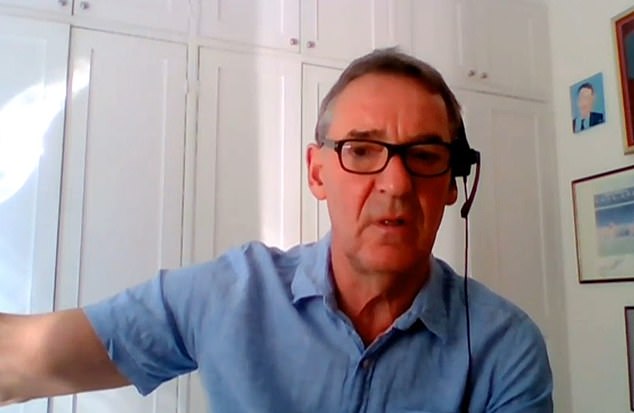 Typhoid-causing bacteria have become increasingly antibiotic resistant and have spread widely over the past three decades, a new study has suggested.

The largest genome analysis of Salmonella enterica serovar Typhi (S. Typhi) also reveals that resistant strains – almost all originating in south Asia – have spread to other countries nearly 200 times since 1990.

According to research, while antibiotic resistance has generally declined in south Asia, strains resistant to macrolides and quinolones – two of the most important antibiotics for human health – have risen sharply and spread to other countries.

Lead author, Dr Jason Andrews, from Stanford University, said: ‘The speed at which highly-resistant strains of S. Typhi have emerged and spread in recent years is a real cause for concern, and highlights the need to urgently expand prevention measures, particularly in countries at greatest risk.

‘At the same time, the fact resistant strains of S. Typhi have spread internationally so many times also underscores the need to view typhoid control, and antibiotic resistance more generally, as a global rather than local problem.’

Typhoid fever causes 11 million infections and more than 100,000 deaths per year, and is most prevalent in south Asia – which accounts for 70% of the global disease burden.

It is also an issue in sub-Saharan Africa, south-east Asia, and Oceania, highlighting the need for a global response.

Antibiotics can be used to successfully treat typhoid but their effectiveness is threatened by resistant strains.

The findings are published in The Lancet Microbe journal.

It was also resistant to ceftriaxone as well as cefixime, cefotaxime, ciprofloxacin and tetracycline other antibiotics used to fight infections.

Antimicrobial resistance is increasingly concerning to scientists and health leaders.

Today MPs from the Science and Technology Committee heard from experts on the threat posed by superbugs.

Lord Jim O’Neill, an economist who chaired a Government review on antimicrobial resistance, said he was concerned about a lack of diagnostic tools when it came to using antibiotics in Britain.

‘It is alarming to me still, especially having gone through Covid, how we are not embedding state of the art technology right in the middle of our health systems,’ he said.

Blood tests could be used in some cases to determine someone’s infection, allowing medics to crackdown on unnecessary antibiotic prescriptions.

Overprescribing and the inappropriate doling out of antibiotics has been attributed as one reason behind the rise of superbugs.

Tackling the issue was a recommendation of Lord O’Neill’s review.

‘Our most aggressive recommendation was that we should actually ban the use of subjective prescriptions in secondary settings… until they’d done through a secondary diagnostic,’ he told MPs.

‘In the UK that’s the area that has been the most persistently disappointing.

‘The whole NHS and its thought leaders, never mind ministers, don’t seem to grasp the scale of the power of the appropriate use of technology that could reduce this issue permanently.’

Lord O’Neill said targeting animal diseases with new vaccines could end agricultural use of antibiotics, another factor attributed to the rise of superbugs.

This makes superbugs a bigger global killer than AIDS or malaria.

On top of direct deaths, the the scientists, from the University of Washington and University of Oxford, estimated drug resistant bugs were also a potential factor in another 5million deaths globally in 2019.