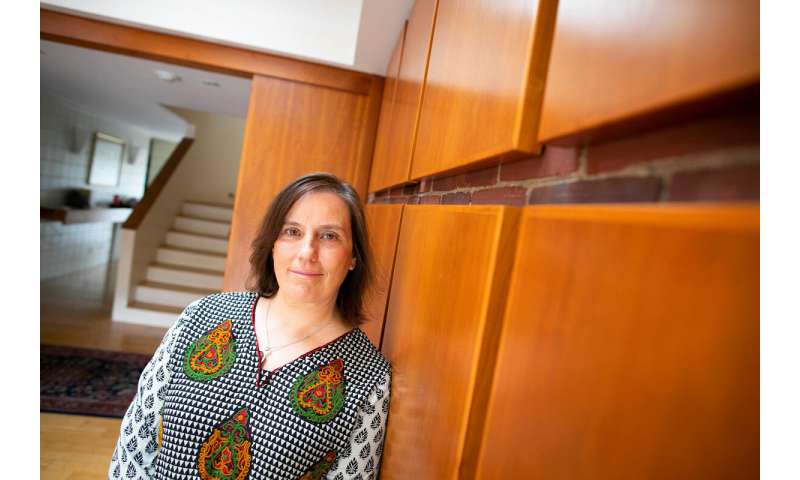 Franklin L. Ford Professor of the History of Science and director of undergraduate studies, Anne Harrington, has watched the field of mental health evolve over decades, and its struggles to reach a consensus on basics such as the root causes of and best treatments for mental illnesses. Since the days of Sigmund Freud, various factions of psychiatry have battled to define the discipline.

In her latest book, “Mind Fixers: Psychiatry’s Troubled Search for the Biology of Mental Illness,” Harrington chronicles the fall of the Freudians and the rise of biological psychiatrists, and with them the explosion of Prozac, Xanax, and Big Pharma’s pioneering technologies to map the brain. What never arrived: the results biological psychiatrists had promised.

Harrington spoke to the Gazette about the stumbles, the Prozac revolution, and how her own students provided the impetus to write the book.

GAZETTE: The dedication in “Mind Fixers” mentions that Harvard students’ questions inspired you to write on this topic. How did your students conceptualize mental illness?

HARRINGTON: I was persuaded some years ago to develop and teach a general education course called “Madness and Medicine.” I’ve taught it now for well over 10 years, and very few of the students who come into that course think they’re particularly interested in history, but a lot of them have a strong interest in the world of mental health care. Maybe it’s because of family members, or because they just live in a world where many people use antidepressants, everyone suffers from anxiety. They live in a world where mental health concerns are ubiquitous and every single one of them has never known a world in which the approach to thinking about these problems isn’t biological. They’re also growing up with messaging that tells them there’s a lot to distrust when it comes to psychiatry and that Big Pharma is out to trick us all.

GAZETTE: So you wanted to correct your students’ polarized view of mental illness and psychiatry?

HARRINGTON: I wanted to arm them with a way of making sense of their own world. Over the years teaching “Madness and Medicine,” I came to believe I wasn’t doing justice to the specific story of how, why, and when we pivoted so dramatically toward the biological. I couldn’t find good answers in the literature and I didn’t completely understand the pivot myself. “Mind Fixers” is my effort to make sense of this for my own scholarly reasons but, above all, to make sense of it for my students and people like my students.

GAZETTE: How did this swing to a biological model happen so quickly in the 1990s?

GAZETTE: But as “Mind Fixers” points out, the Freudians couldn’t deliver on their promise of revolutionizing mental health. Is this what helped swing the pendulum dramatically back toward a biological reading of mental illness?

HARRINGTON: There was a series of specific debacles that were hugely embarrassing for the profession. One concerned the decision to remove homosexuality from the Diagnostic and Statistical Manual of Mental Disorders [DSM] in the 1970s by vote. If people could vote diseases in and out, some wondered what kind of medical profession this was. There was a very high-profile article in the 1970s that appeared in Science called “On Being Sane in Insane Places” that basically involved a social scientist sending stooges into hospitals and making up symptoms that had never been described in any kind of diagnostic manual, and all of them were admitted to the hospitals. The minute they were admitted, they started acting completely normal but some of them were in for weeks and weeks. It was hugely embarrassing not to be able to determine between sane and insane people. Then insurance companies started asking why we should make reimbursements if psychiatrists can’t tell who is sick and who isn’t.

GAZETTE: It sounds like opportunity played the huge role in biological psychologists reasserting their influence. What kind of promises did they make?